Sangyo Factory Tour — How to Forge a Sea Anchor

Tomonoura is most known for its historic port sites and natural coastal landscape, but the township also boasts a notable iron manufacturing and craftmanship operation. Among the many factories still operating in the town’s blacksmith district, the Sangyo Corporation is an ironworks founded in 1951 and has succeeded a company that has been free-forging sea anchors for over a century. I was able to witness the work of these modern blacksmiths during a tour of the company’s Tekko Danchi warehouses. 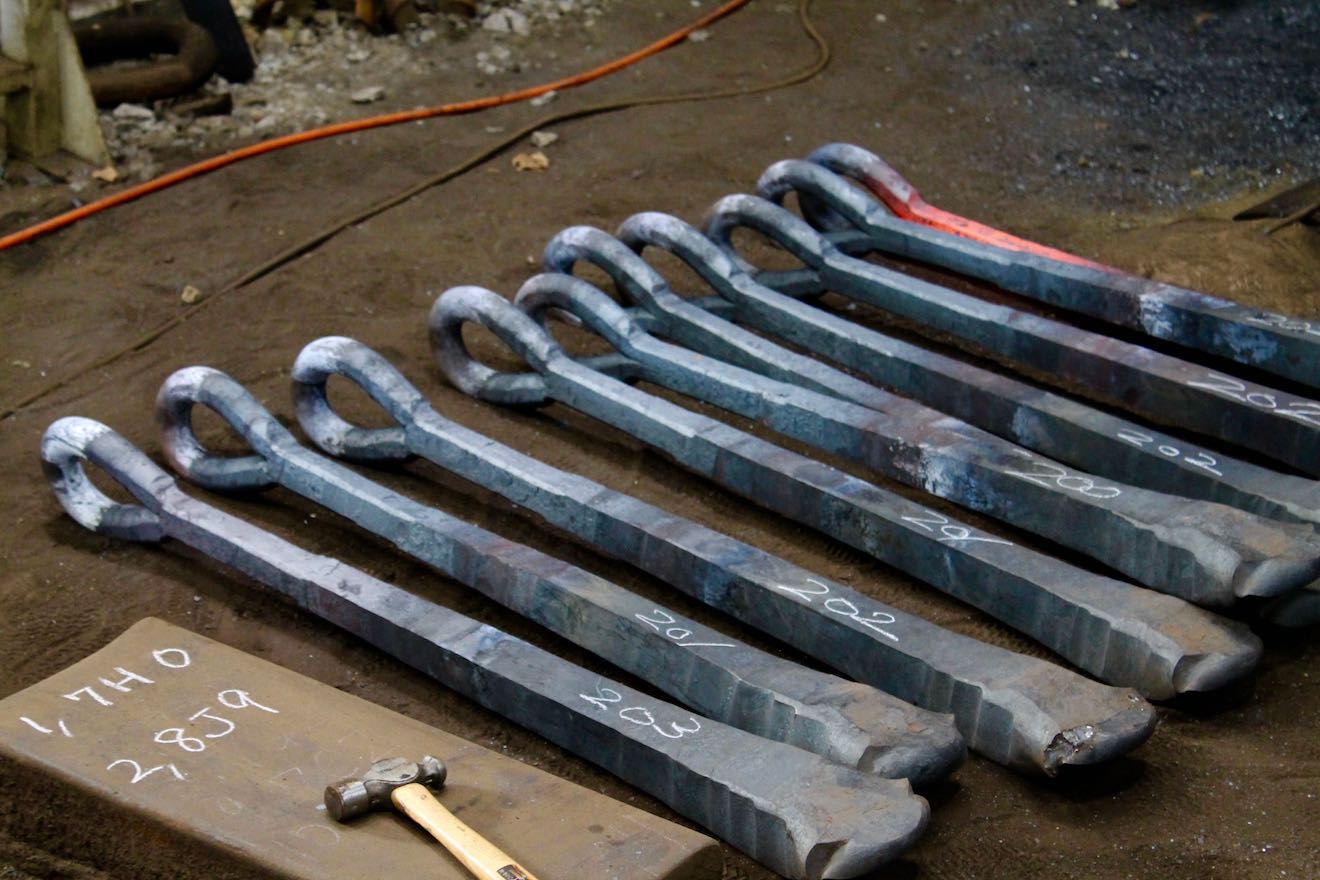 Dating back to the Nara Period (AD 710 – 794), Tomonoura acted as a port of call, harboring cargo ships during their journey through the channels of the Seto Inland Sea. Over the centuries the bustle of maritime trade in town created a demand for forgery, from ship parts to sea anchors. By the Edo Period (1603 – 1868) the town’s reputation for iron manufacturing had flourished.

Here lies the beginning of Tomonoura’s Tekko Danchi district. The collection of warehouses and factories is currently situated on the northern edge of the town’s coastline. One of the most famous products in the district has been its sea anchors, with one factory forging iron flukes individually for more than 100 years. 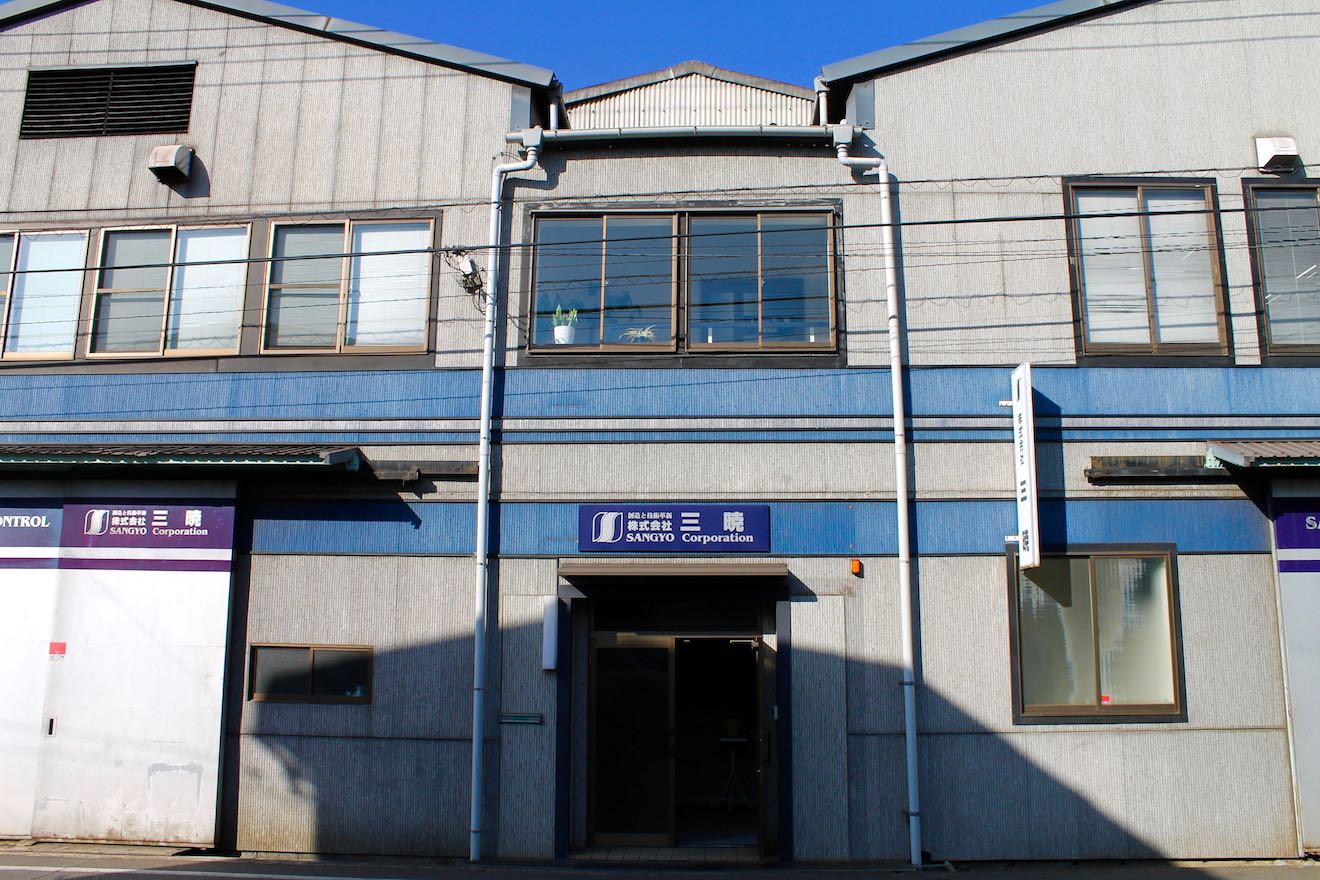 When the company eventually went out of business, the Fukuyama-based Sangyo Corporation stepped in, purchasing the sea manufacturing company in 2016 and reinstating its free-forged anchor operations. Alongside ship weights, Sangyo created the furniture brand TAonTA, repurposing anchor forging techniques to create steel tables and stools with a sleek minimalist design. 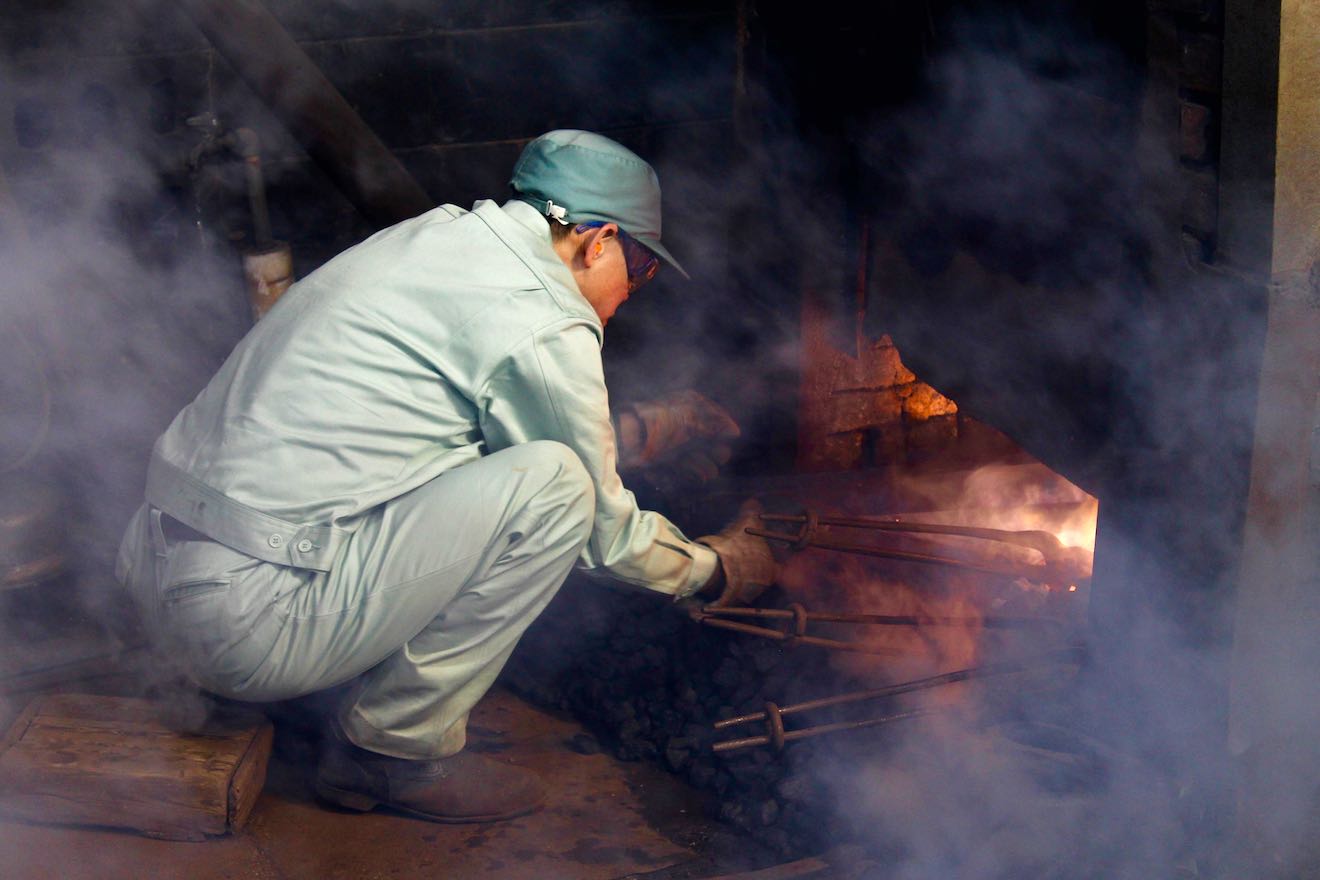 To better appreciate the ironwork that once made Tomonoura famous, I decided to visit Sangyo’s facilities during my stay in town. Reservations are required for a factory tour and generally anchors are manufactured every Tuesday. 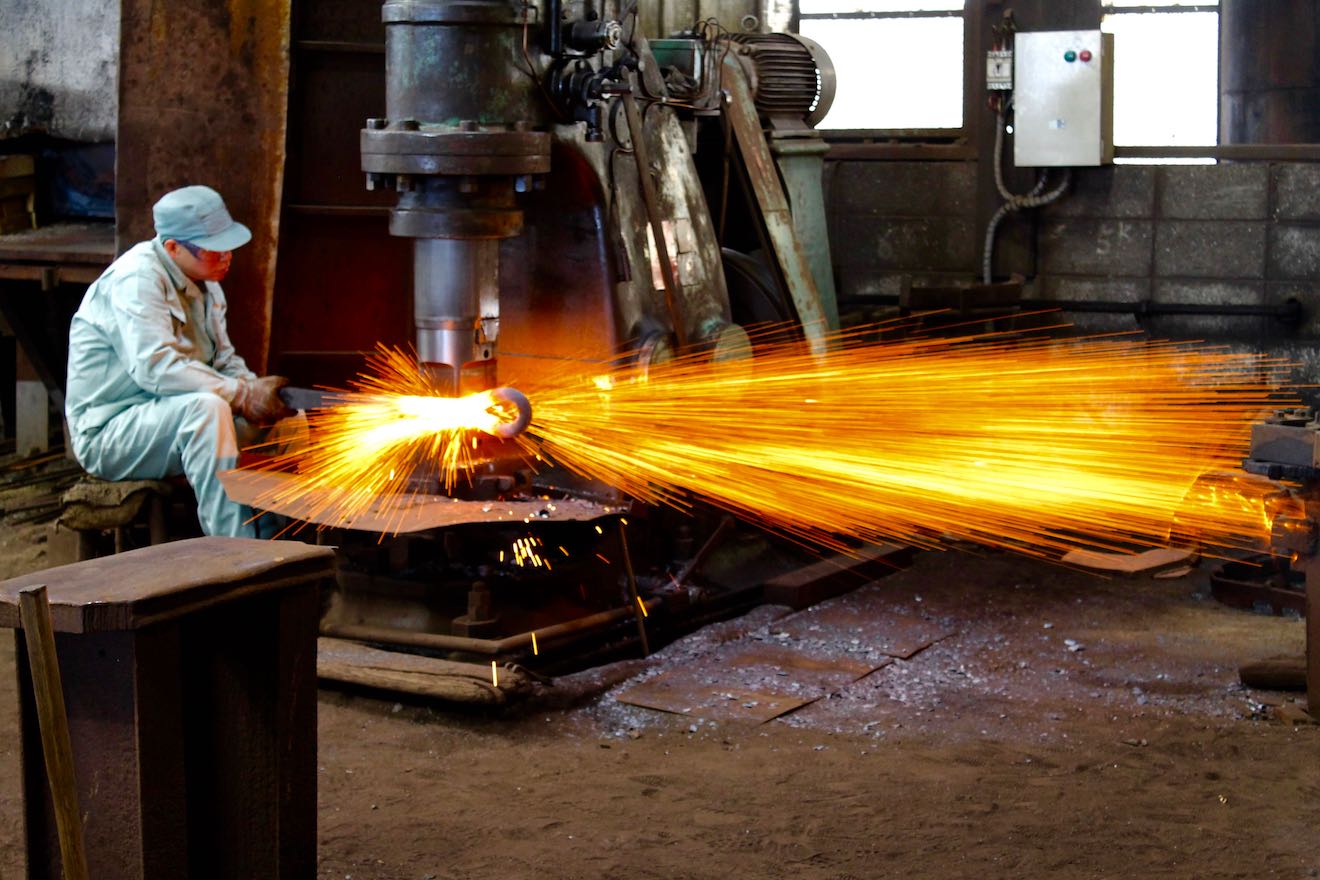 After a debrief at Sangyo’s offices on the history and business operations of the company, our guide Hayama-san led us into the dusty and dirty core of the blacksmith factory. While we kept a distance of a couple meters, we were able to witness firsthand workers heating steel bars in the forge, at times up to hundreds of degrees Celsius. The rods turned bright orange and were carefully transferred from the forge to a die, where an air-powered hammer pounded and pressed the rods flat. The machine sent sparks flying across the factory floor, dousing the workers in a harmless but impressive spray of embers. 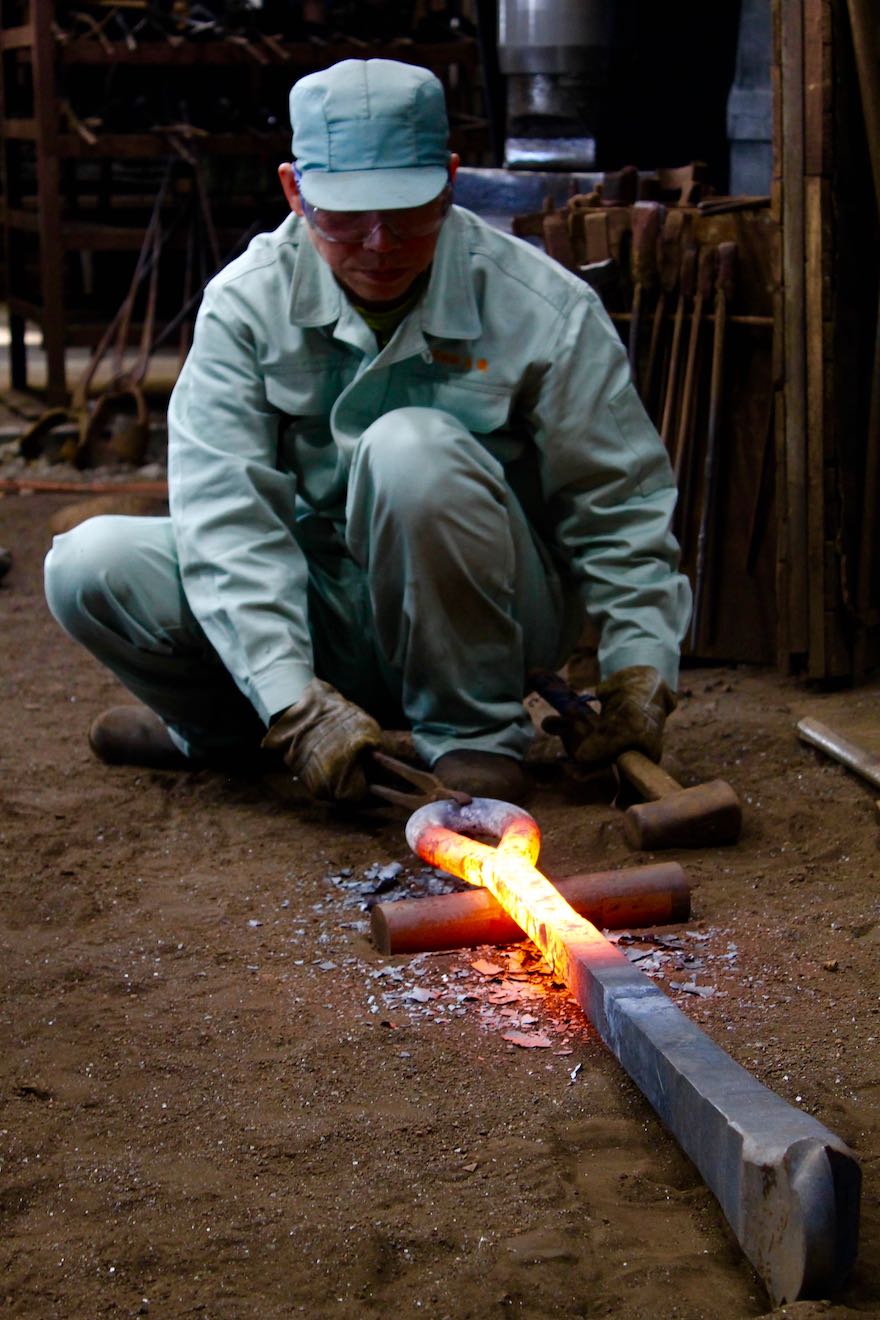 The glowing rods were then placed on the factory floor, where one worker pounded them repeatedly with a hammer. More than just an eye-catching display, the repeated application of pressures to the rods strengthens the steel, removing imperfections and gas pockets. Later in the day, the rods would be heated again and attached to a custom machine that helps split and bend the ends of the rod, shaping the metal and creating its iconic sea anchor form. The final products are displayed proudly in Sangyo’s offices, coming in a dozen different colors and size variations. 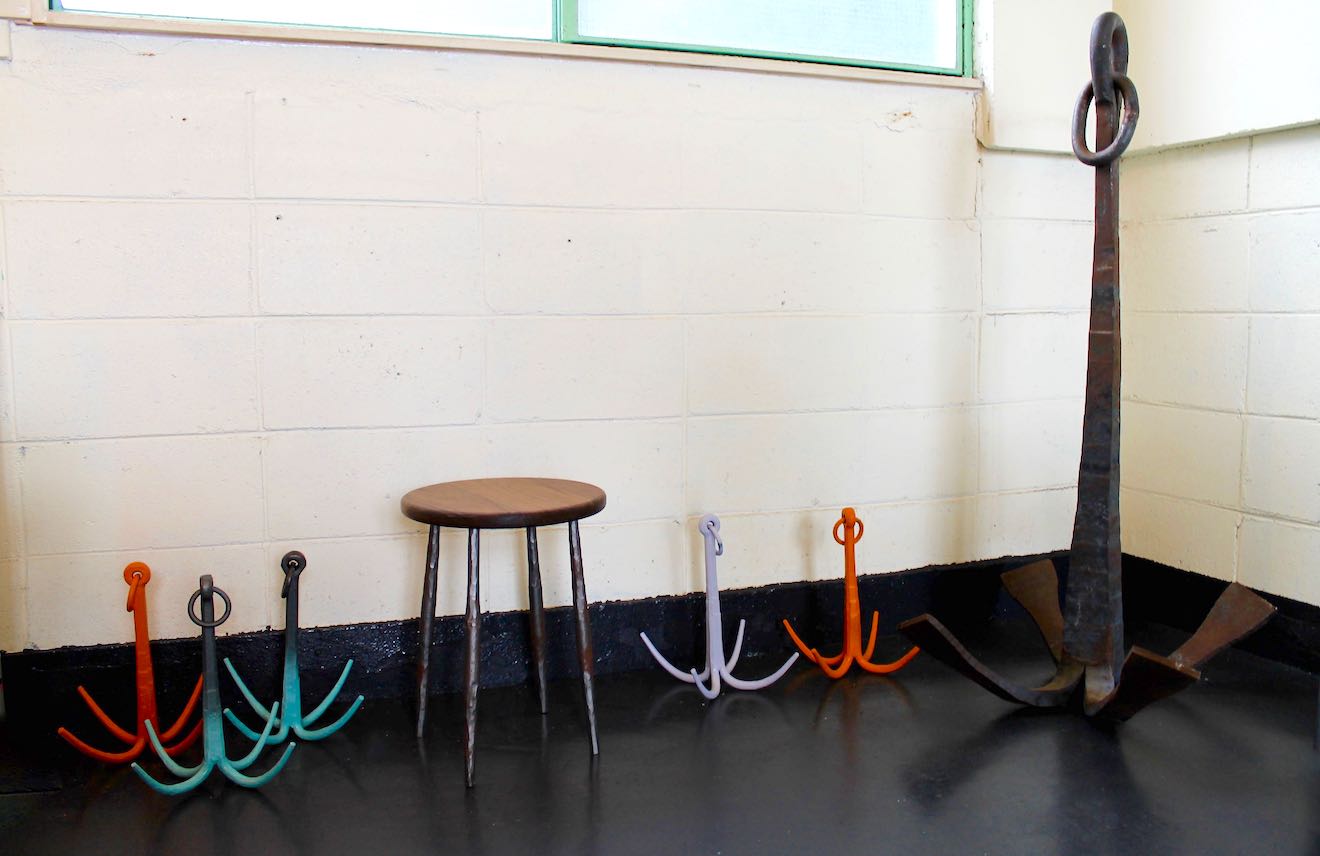 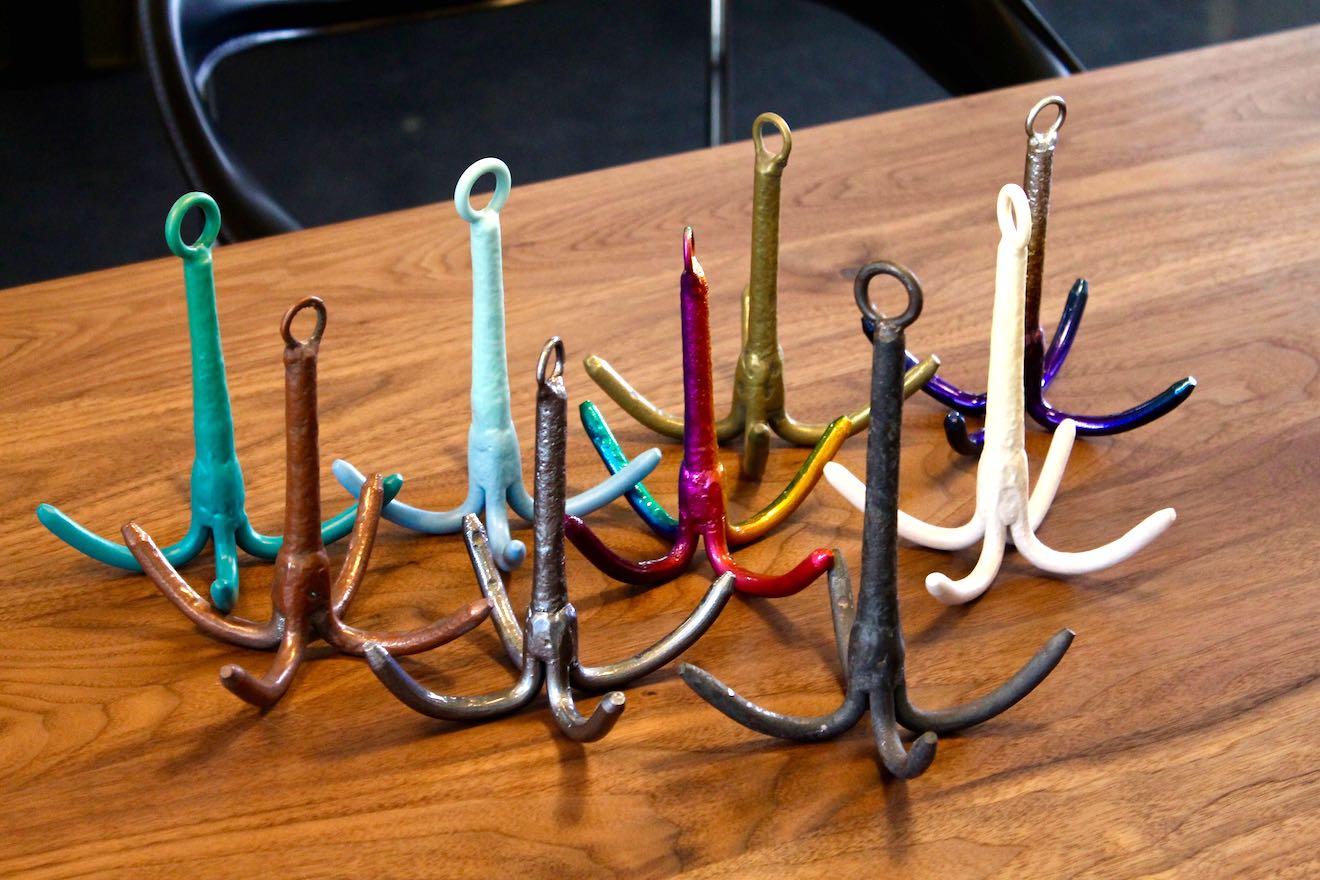 Before my visit to Sangyo, I had seldom thought about the mechanics of forging, let alone how blacksmith mold sea anchors. The factory tour made appreciate the skill required of blacksmiths and the deep history of Tekka Danchi ironworking.