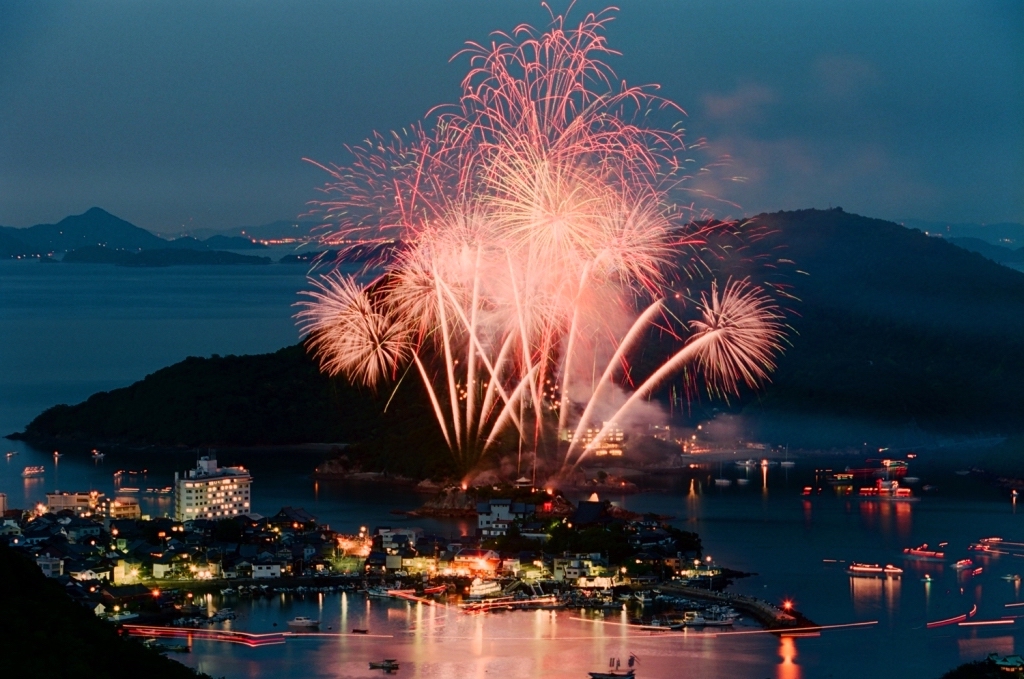 While fireworks festivals in Japan are usually held in the middle of summer, the Fukuyama Tomonoura Bentenjima Island Fireworks Festival is a large-scale event held in May, signaling the end of spring and the beginning of summer in the port town.

This fireworks festival has a long history, dating back to the Edo period (1603–1868) when it was held as an event to pray for the safety of ships.

In the present day, the event begins in the evening as the seaside roads turn into a pedestrian-only zone with stalls for food and games including cotton candy, candy apples, broiled squid, and children’s fishing games. The event begins with a performance of a traditional dance called “Aiyabushi,” and afterwards you can watch around 2,000 fireworks light up the night sky as they are set off from Bentenjima, a small island off the coast of Tomonoura.