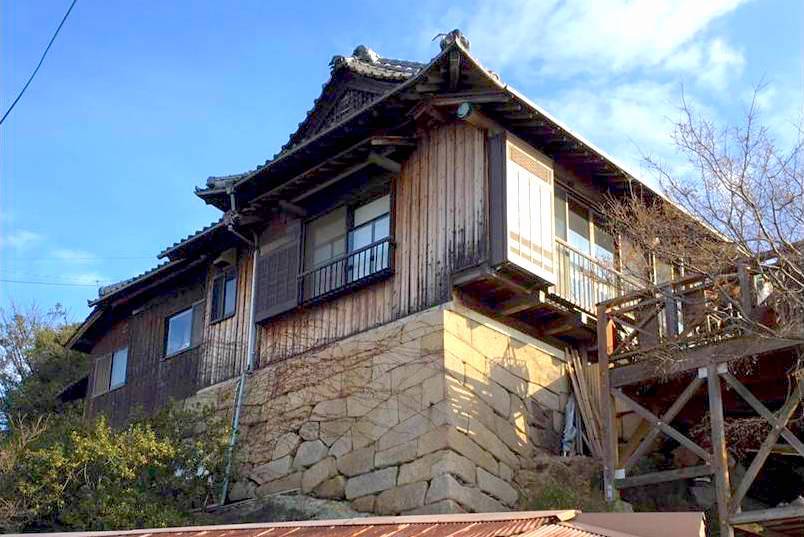 In the Edo period (1603–1868), boat guardhouse stations called “funabansho” oversaw the comings and goings of boats as they entered and left a port. The funabansho in Tomonoura was built in the early Edo period atop a stone wall on the east edge of the port on the island of Taigashima, which is now connected by land to Tomonoura.

The building that stands today has been rebuilt, but the stone wall below it remains as it was during the Edo period. A bell tower near this funabansho was used to mark the time as well as to sound the alarm in the case of an emergency.