Speaking of Tomonoura’s local speciality would be Houmei liquor after all, a Japanese liquor, sake made by sticky rice with marinated 13 kinds of grass seeds (currently blended with 16 kinds), giving us medical-grass flavorful and refreshing fragrance as well as mouth-melting and sweet touch.

It has been a prestigious local speciality since the Edo Period as The Korean Emissary praised how tasteful Houmei Liquor is and three of seven court nobles talked about it in their Japanese poem. Currently, there are four Houmei liquor shop in Tomonoura where we can hop around each shop to compare with the different taste to find out your favorite one. 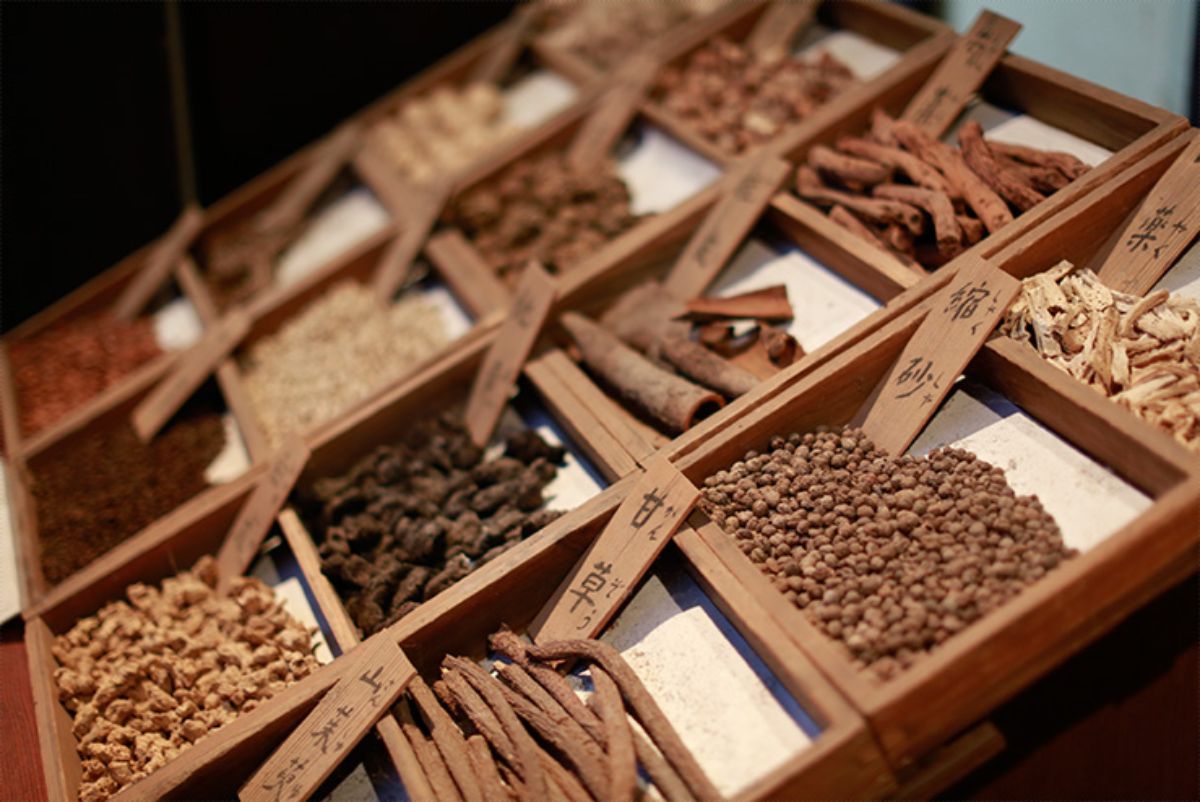 This blending way using 13 kinds of grass roots such as rehmannia root, cinnamon, and licorice plus rice, koji (a filamentous fungus) and mirin still passes from generation to generation.
As this procedure is similar to hon-mirin half way, some brewery produces both Houmei liquor and hon-mirin. 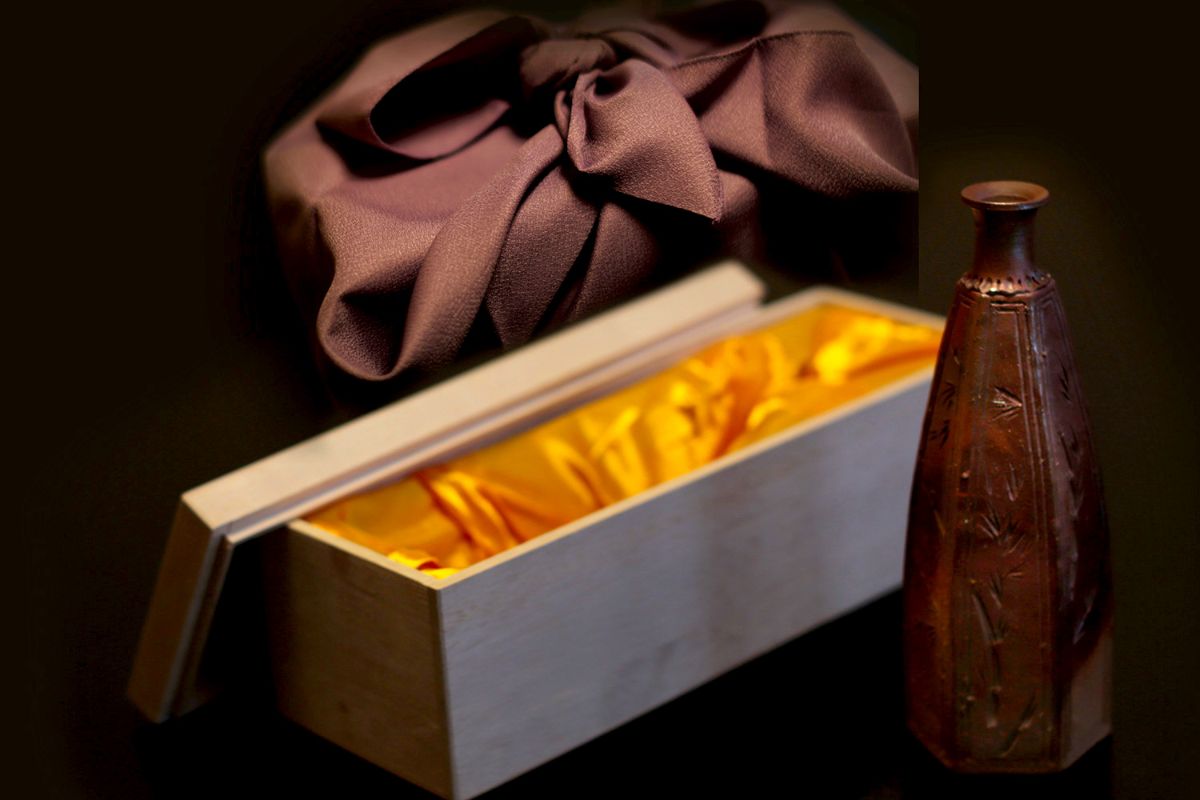 An beloved choice sake as gifts

It has been come in handy as a gift as Houmei liquor is a pickled herbal medicine based on mirin making this production process hard to decay and long-term preservation possible unlike sake.
This custom gave them a chance to develop a variety of Tokkuri bottle, it seems that they had a custom order collaborated with some famous pottery villages in the western part of Japan such as Bizen in Okayama Prefecture, Sanda in Hyogo prefecture and Tobe in Ehime prefecture, etc.

With the Fukuyama clan’s encouragement, potteries such as Sarayama and Iwatani in the Bigo area and Umetani-Sarayama in Tomonoura started producing Tokkuri in Fukuyama in the late Houmei period.
Houmei’s Tokkuri seen in the Edo Period is spectacular with color paintings, and you can still see the scenery that displays Tokkuri at the eaves of houses and shops in Tomo town. 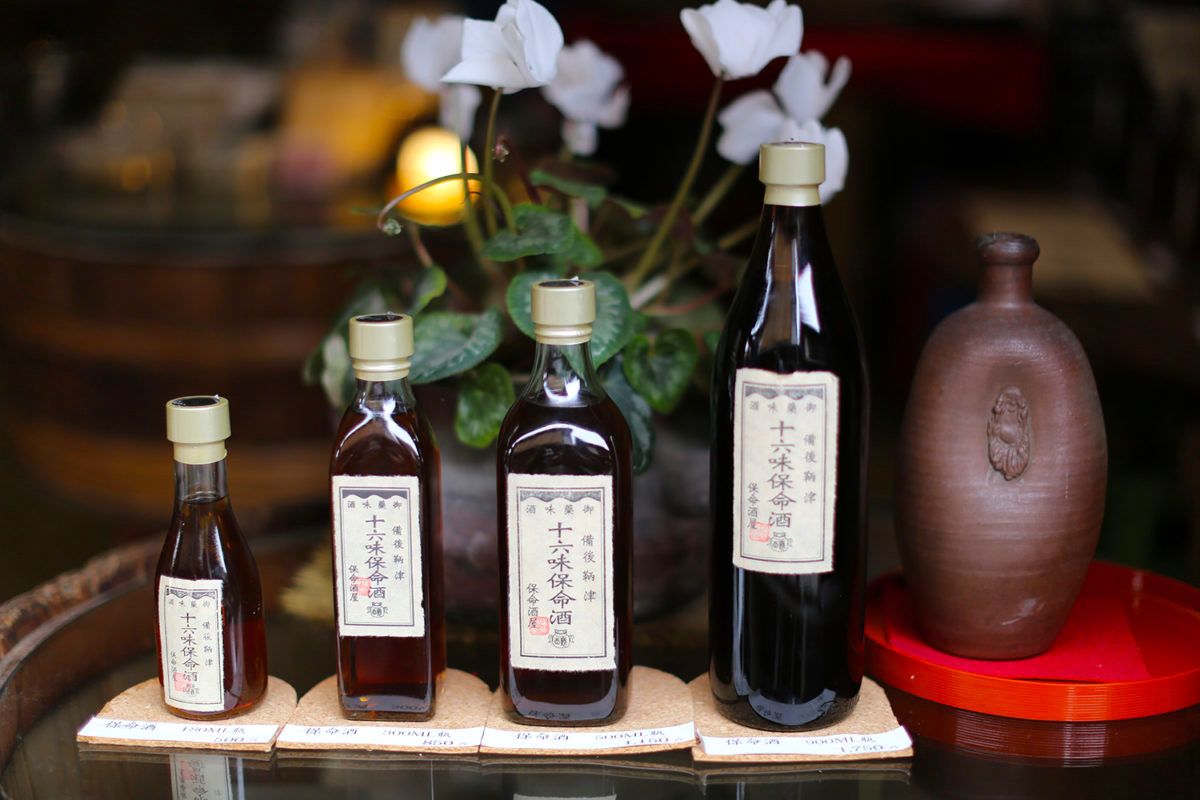 Taste their unique exquisiteness depending on the brewery

Currently, four breweries still run their business in Tomonoura.
Each brewery, that is “Irie Toyozaburo Honten” “Okamoto Kametaro Honten” “Hatta Homeishu Liquor Shop” and “Houmei Liquor Shop”, has its own formulation and taste, having inherited the history from the Edo Period.

Not only in Tomonoura but also in Fukuyama city center, you can find out them at local department stores and supermarkets including sake shop, beloved by citizens as familiar sake. 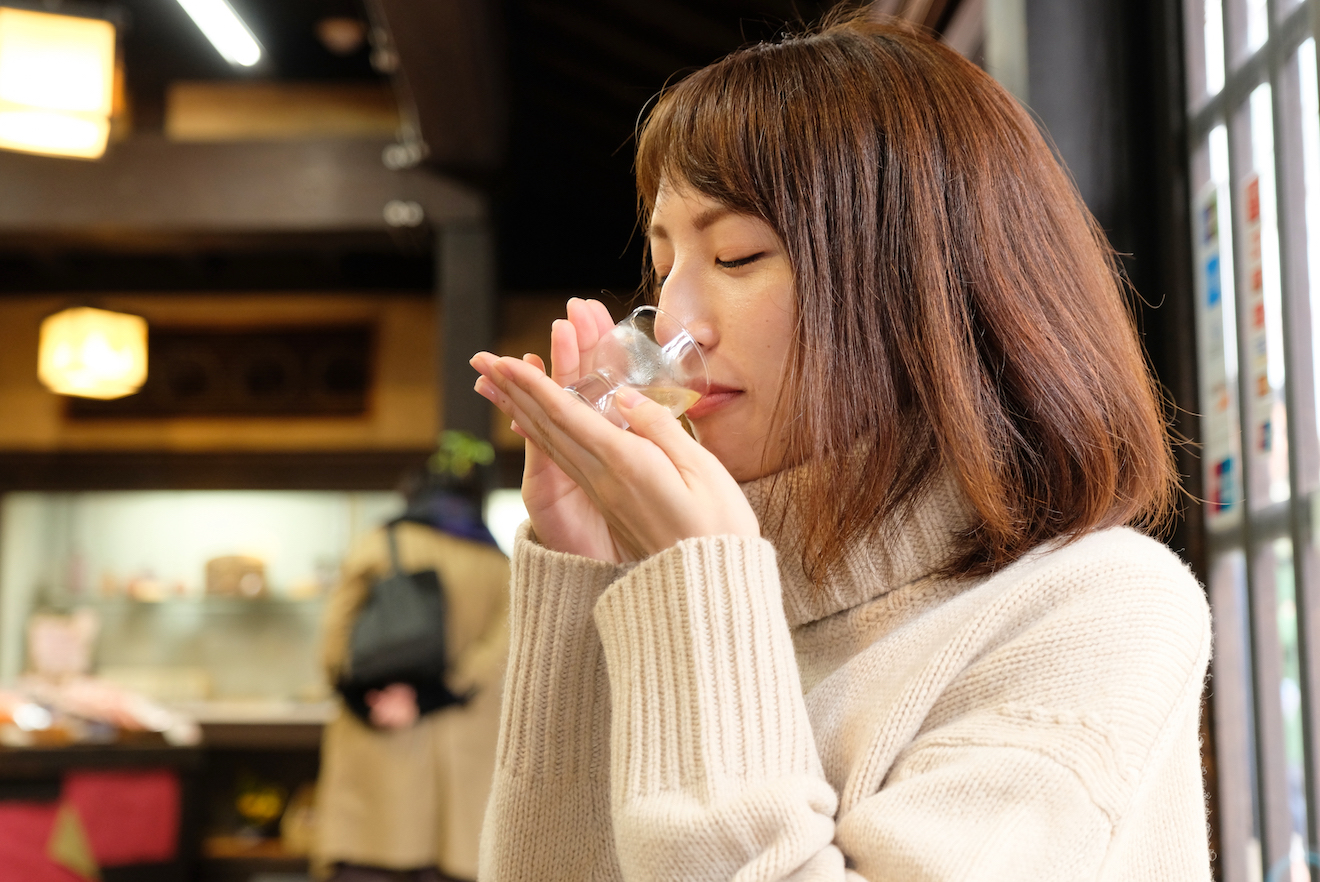 Sweet and easy to sip! Make your own Houmei liquor cocktail

Although Houmei liquor is best known as medical sake, its mouthfeel is extremely mellow and easy to drink, they actually develop a lot of sweets using this in Fukuyama, Hiroshima Prefecture.
If you prefer dry taste, it is better drink it straight, yet we would recommend if adding on gas water to make it fresh. For sweet taste lover, then adding on milk on it to taste like a dessert cocktail.

There is no doubt that it is a healthy liquor, but also a liquor that you can have on a dairy basis. Isn’t it cool to have this liquor only made in Tomonoura, a scenic and historical port town since the Edo Period? Of course it would be a perfect gift for your precious memory.

→“Oka-kame Houmei Liquor” that keeps cherishing his old knowledge, so as continually to be acquiring new

→Taste the flavorful “Aka Taru Houmei Liquor”, good for health!