Fresh sashimi and other seafood are common types of food in the Setouchi area, but Tomonoura also offers a variety of cuisine that is unique to its status as a port city as well.

Local dishes using Dutch ovens have create a fusion of Japanese and Western cuisine as well as “Western style” foods like okonomiyaki, which can be eaten at a narrow counter in front of a candy shop. The friendly and free personality of the Tomonoura people shines through in their style of cooking.

One of the most famous products in Tomonoura is “Homeishu-shu”, which is made from mirin, a common ingredient in Japanese cooking. There are only three mirin breweries in Hiroshima Prefecture, and two of them are in Tomonoura. Featuring a refined sweetness and rich taste, this mirin is an essential seasoning ingredient in many Japanese dishes.

The grandmothers of Tomonoura have a saying: “If you use Tomonoura’s mirin, you don’t need sugar or sake”, and they make a delicious broiled fish with just soy sauce and mirin. Hon-mirin, which balances out fishy flavors and brings out the umami, is a must-use item for cooking. 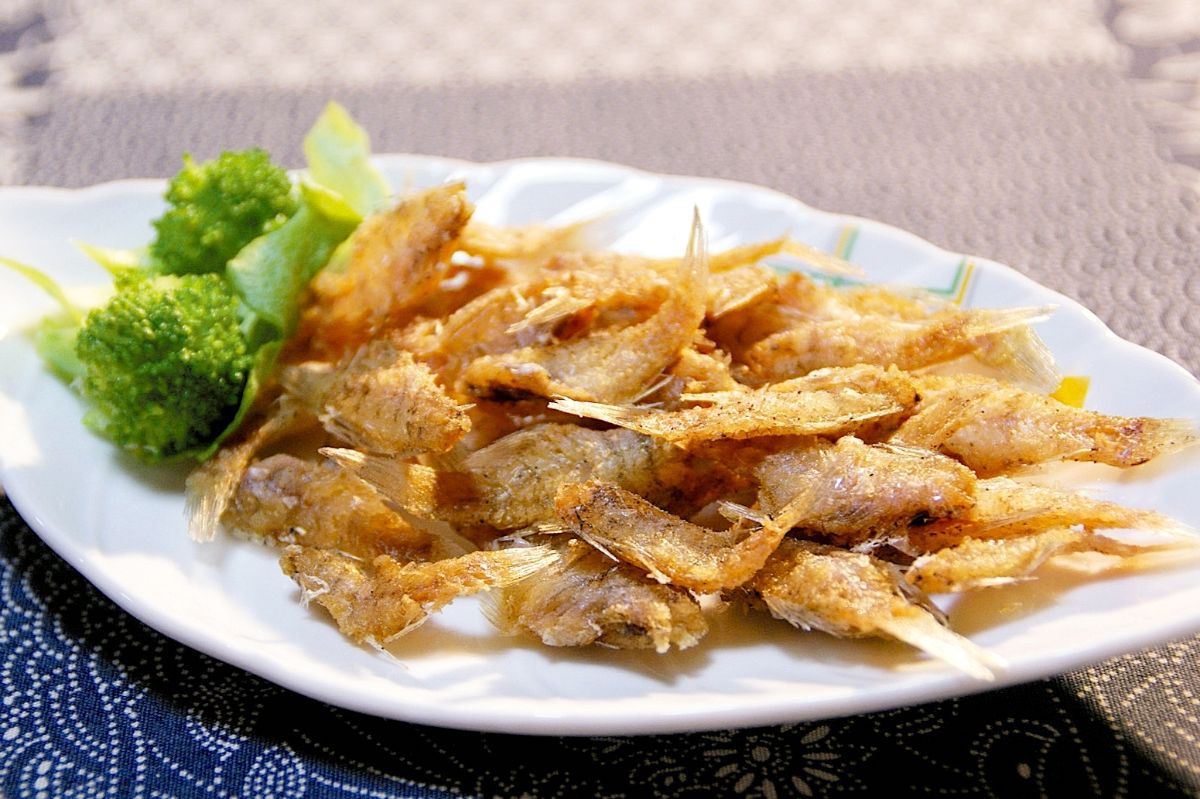 Small fish dishes are a culinary standard in Setouchi. Most famous are deep-fried sea bream, called Nebuto and dried Japanese halfbeak, both of which are local Tomonoura specialties. Fish stewed in a Dutch over with soy sauce and mirin, called “Dutch Stew” is perfectly paired with a bowl of steaming hot rice. The fish is deep-fried before stewing, making the bones edible.

→ link to Otebi
→ link to Kinugasa 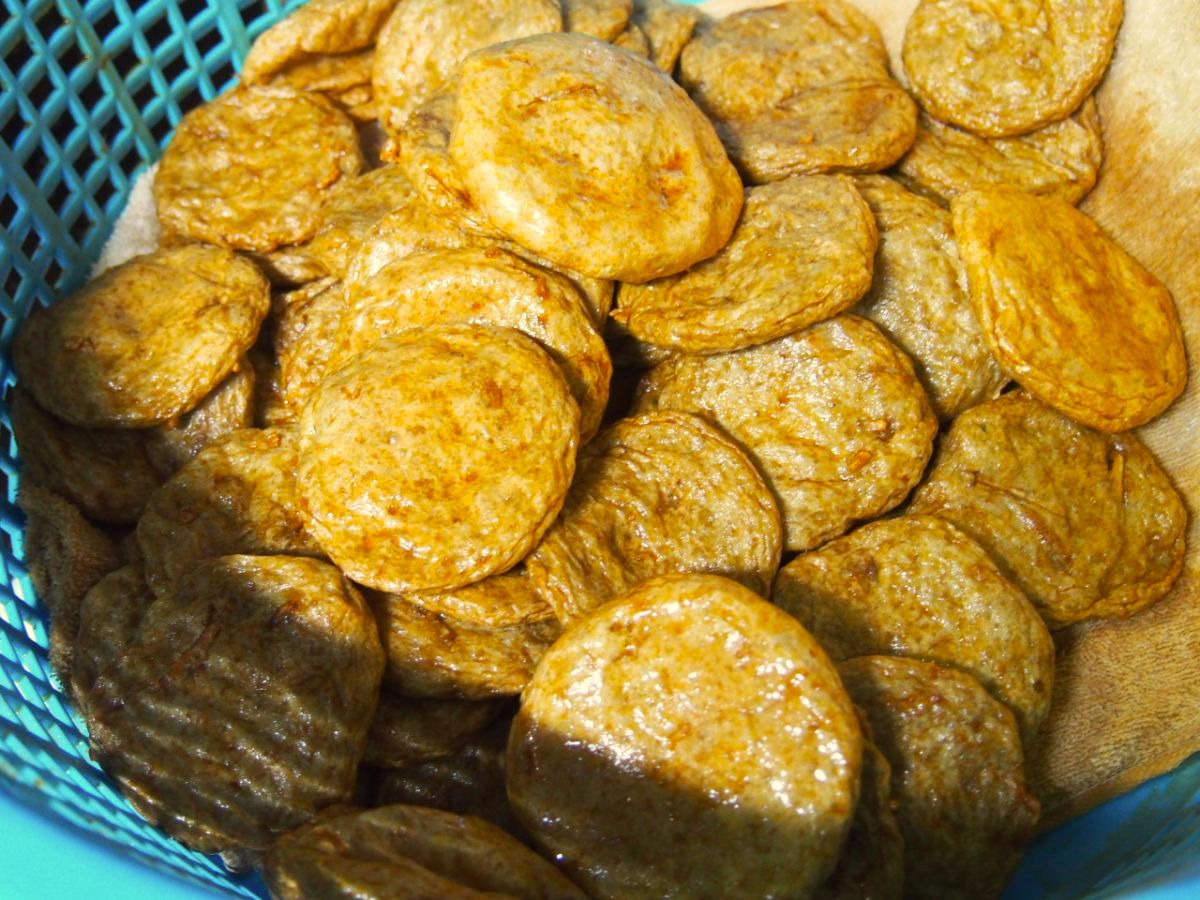 Tomonoura is famous for dishes using fish paste such as chikuwa and tempura, but “Gasu-ten” is the most famous dish among them. It is made by mashing small fish into paste, then deep frying it. It is loved by locals as a side dish, tapas, or snack. 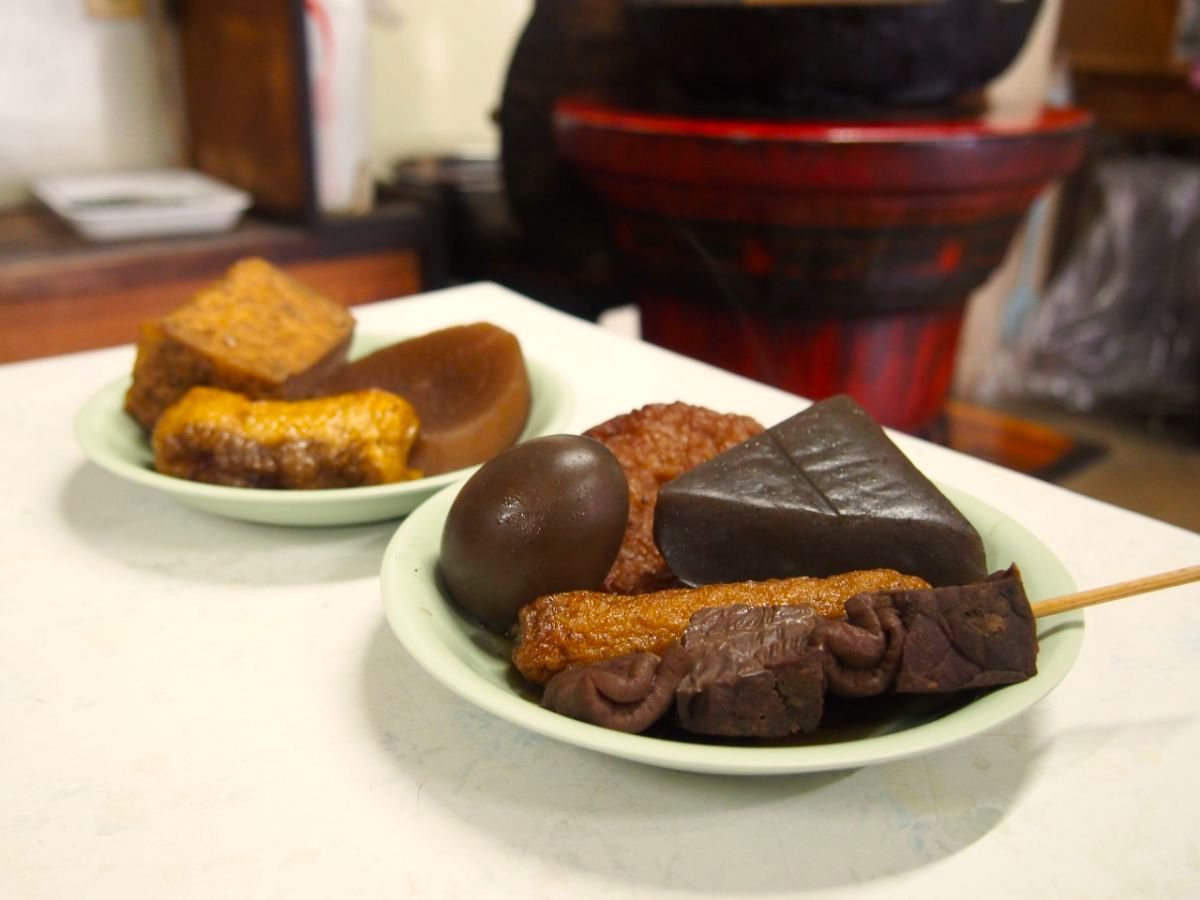 When locals in Tomonoura refer to “Yoshoku” (Western food), they aren’t talking about hamburgers or pasta. They mean okonomiyaki, the savory fried pancake dish made famous in Hiroshima and Osaka. Once cooked on an iron plate in the back of a candy store, it was originally eaten as a casual snack.  Oden is another Japanese meal, a hearty stew in a thin broth, that is best known as a home cooked meal but is available in Tomonoura restaurants as an old favorite. The old style shops are slowly disappearing, but you can still eat oden or okonomiyaki in shops like “Hirai Shoten” or “Nomura”, which still make these dishes as they have for decades. 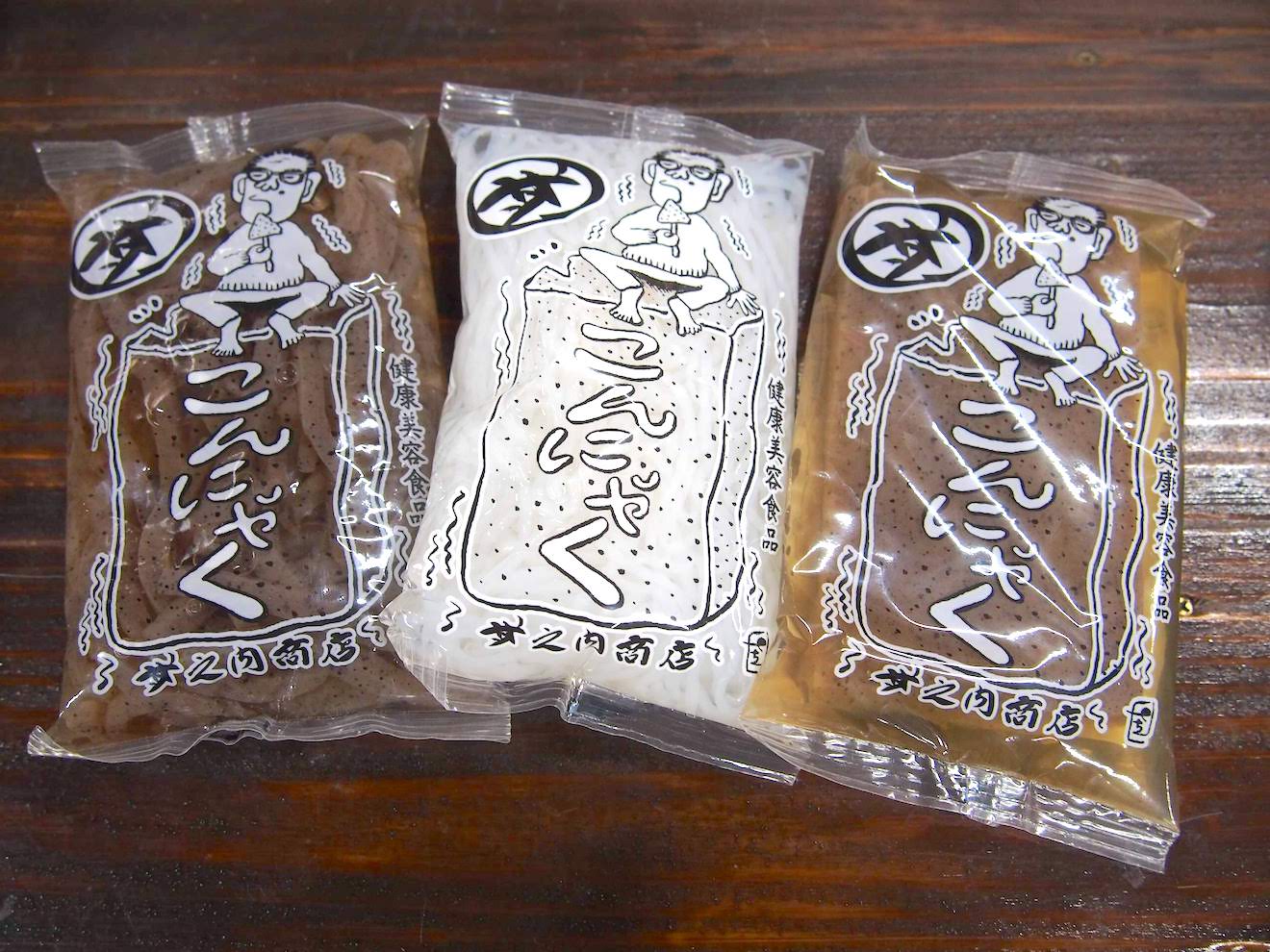 Konnyaku made in Tomonoura

Konnyaku is a distinctly Japanese food made from potato flour, and you might find it strange that such an item is sold out of a Japanese liquor shop in Tomonoura. But the handmade konnyaku at Takenouchi Shoten is a local secret with a reputation for its chewy texture and delicious flavor, as well as its cute packaging.