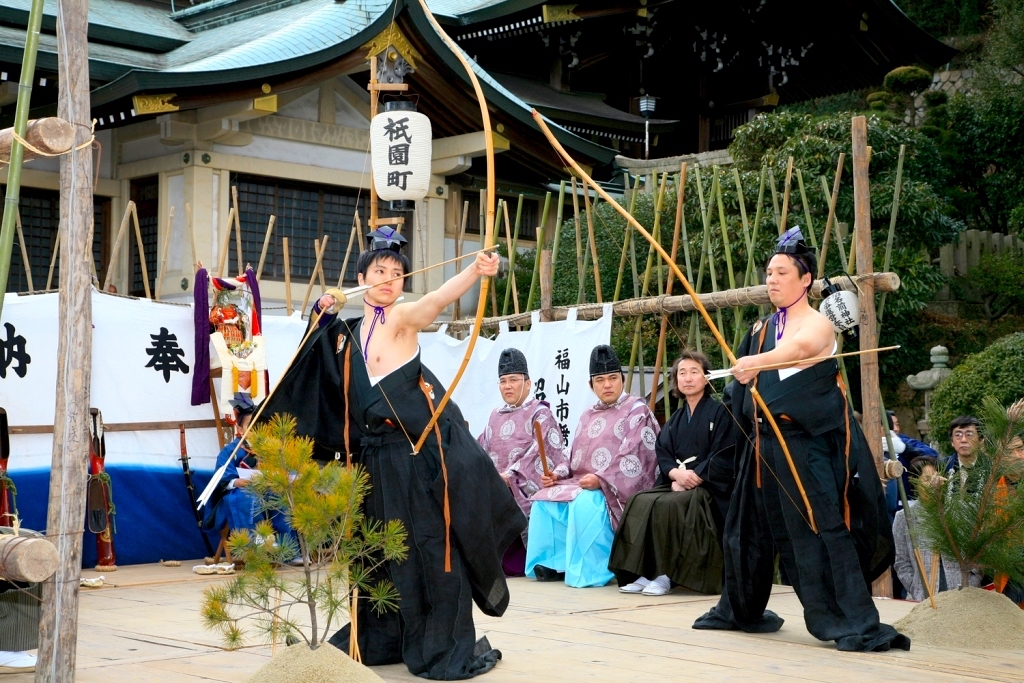 At Hachiman-jinja Shrine on the grounds of Nunakuma-jinja Shrine, a Shinto ritual called “Oyumi Shinji” is held annually on the second Sunday of February. During this ritual, an archer takes aim at a target inscribed with calligraphic writing about 28 meters away while wearing traditional clothing called “suō” and headgear known as “eboshi.” The arrow is shot with a wish to ward off evil spirits from the past year and pray for tranquility in the new year. This traditional winter event was designated as an Important Intangible Folk Cultural Property of Fukuyama City in 1971.