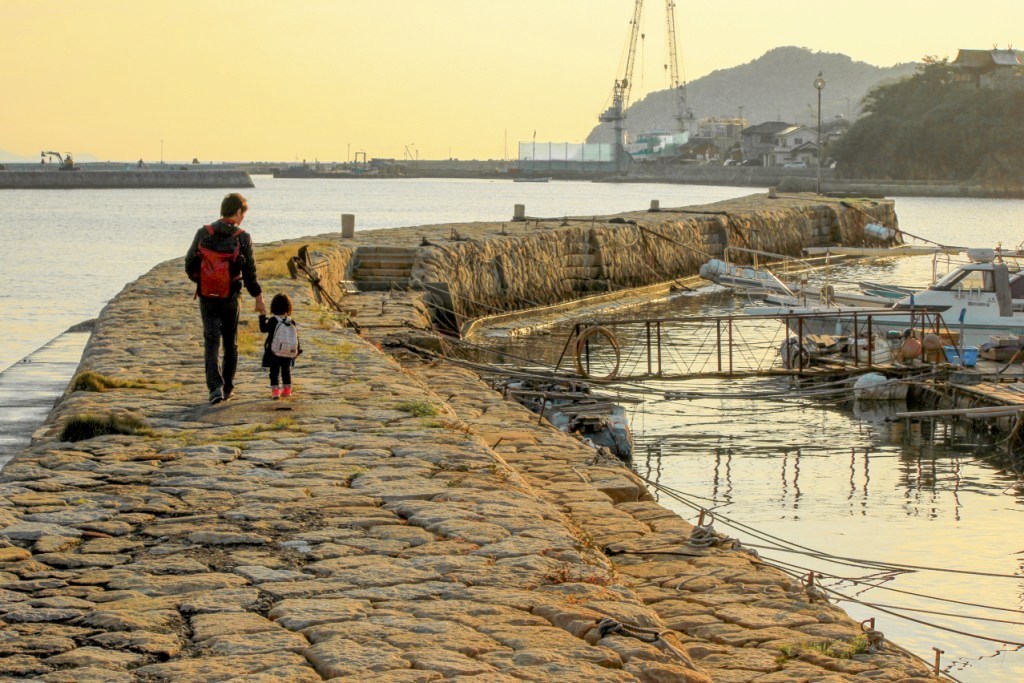 The term “hato” refers to breakwaters in the sea that protect boats from powerful waves and strong winds such as those caused by typhoons. The stone hato that stand today in Tomonoura were built in the Edo period (1603–1868), and they can be found in three locations around Tomonoura: east in the Taigashima area, west in the Yodohime-jinja Shrine area, and south in the Tamatsushima Island area. These breakwaters stretch around Tomonoura, protecting the port.

These stone hato are among the largest in Japan, indicating the importance of the port of Tomonoura. You can walk along these breakwaters and enjoy the breathtaking view of Tomonoura from the sea.