Tomonoura boasts festivals taking place almost every month throughout the year. If you meet locals who say proudly, “No other town loves festivals as much as Tomonoura loves festivals”, it’s because Tomonoura has a rich history with festivals and rituals that have been carried on for centuries.

Since ancient times, the people of Tomonoura have clearly defined the difference between regular life and special events such as festivals, and when it comes to festivals, they know how to have a good time.
There are many types of festivals held in Tomonoura, from the solemn to the exciting, many of which are famous throughout the country of Japan. 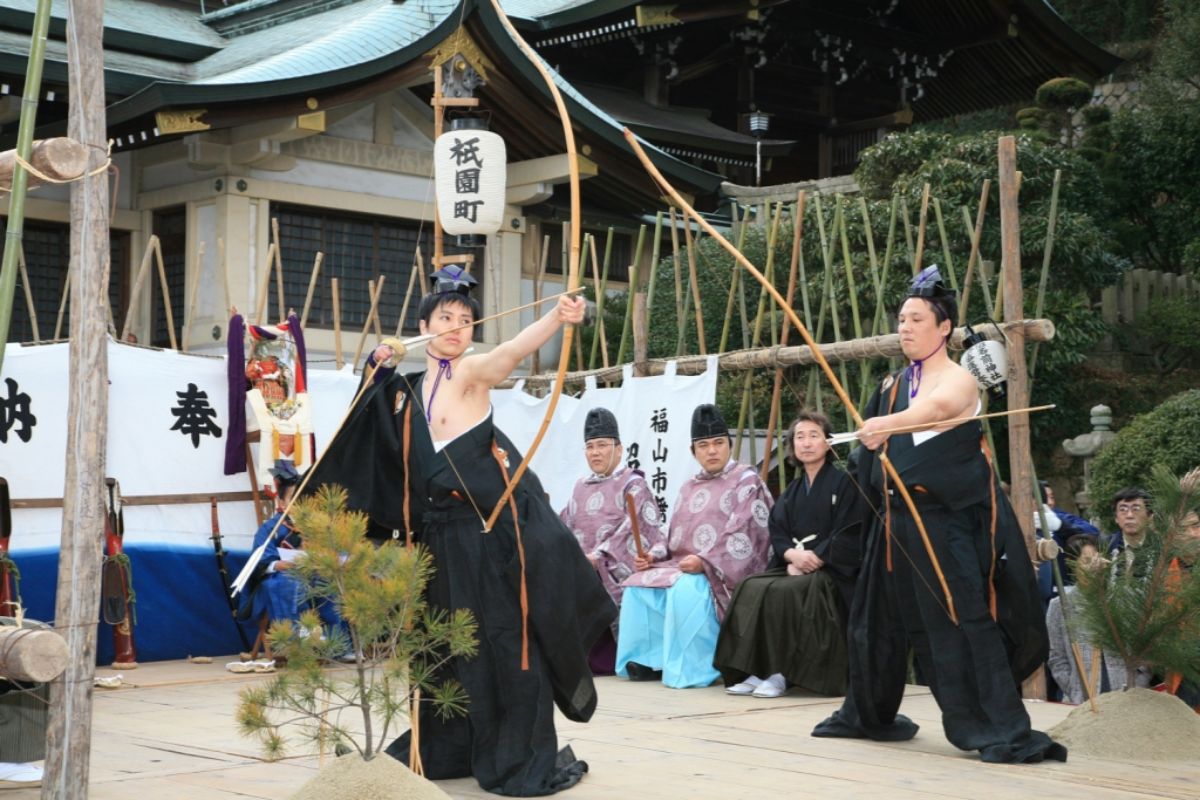 The “Shrine Bow ritual” is an annual event of Hachiman Shrine which is on the grounds of Nunakuma Shrine. Against the background of a repeating chant in the cool winter air, two bowmen wearing traditional warrior costumes attempt to hit a target 28 meters away. During this solemn ritual with deep historic roots, an arrow representing peace for the new year is fired into a target. If you enjoy Japanese history and traditions, this is a ritual you will want to witness in person. 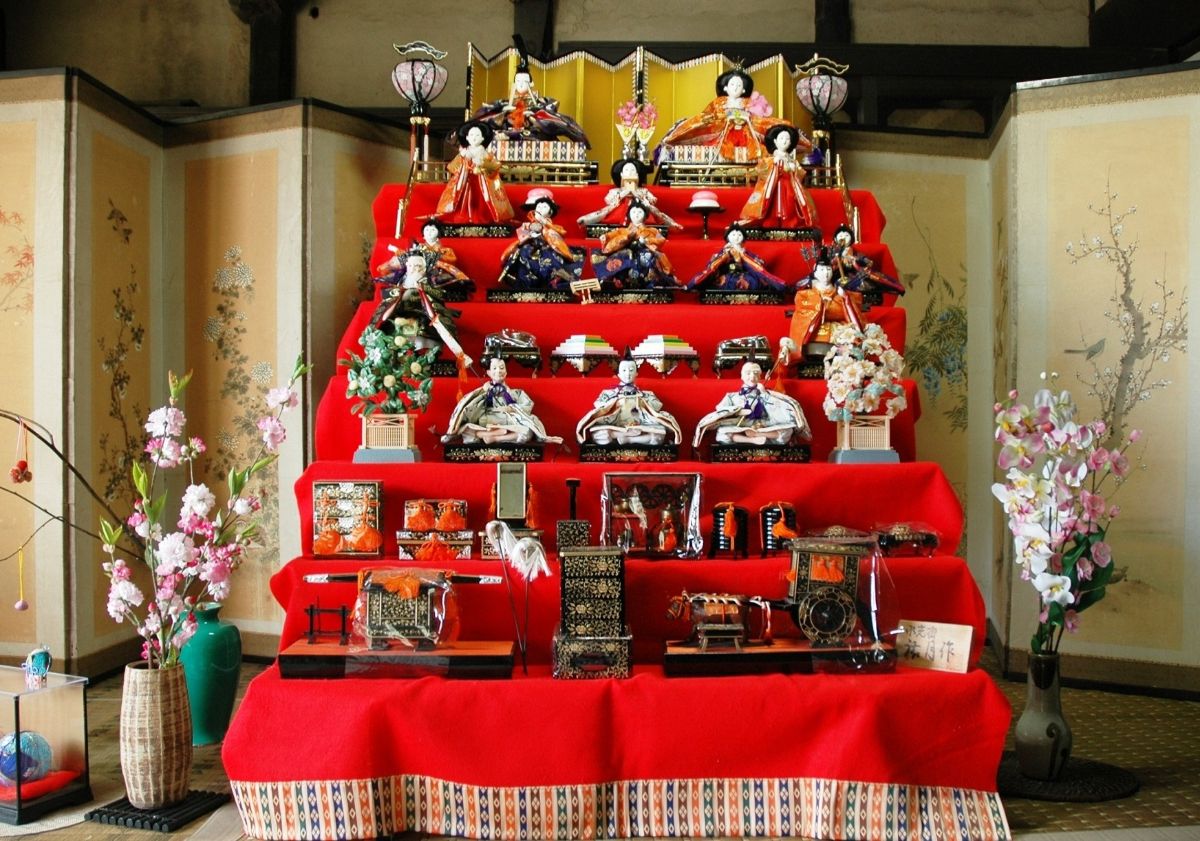 The main venue is the Fukuyama Historic Folk Museum which exhibits a luxurious seven step display of gorgeous Japanese Hina dolls from wealthy Tomonoura families, which have been designated as Important Cultural Properties of Japan. Other collections of Hina dolls exhibited at 100 local houses, shops and temples throughout the town are also worth checking out. During the event, special events such as “Tsubaki no Yoibina” that illuminates the Jyoya-to lighthouse and the Hinagashi Sweets Making event are also held. 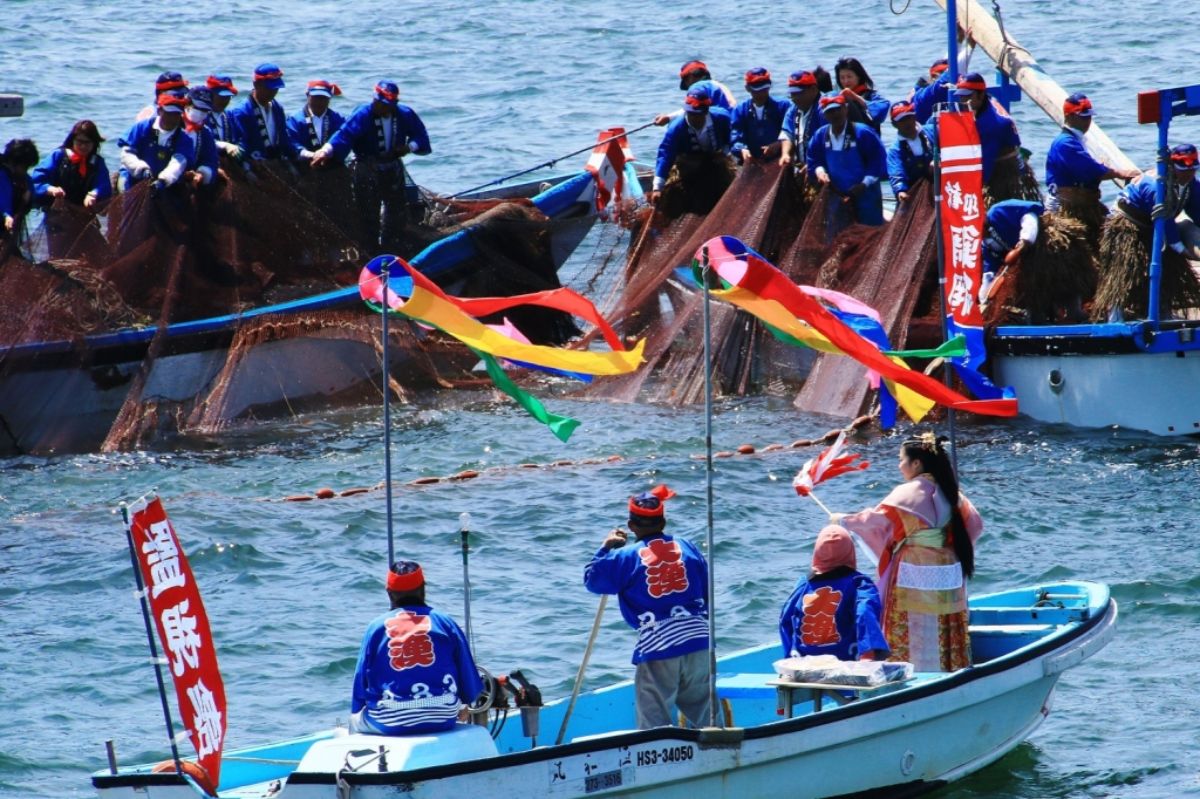 One of the biggest events in Tomonoura, the Tai sea bream netfishing event (designated as Intangible Folk Cultural Property of the city) demonstrates this fishing technique invented in the early Edo Period in Tomonoura. About 50 team members board 6 boats to catch schools of sea bream using fishing nets. Visitors can observe this exciting event from aboard the boats as well as purchase the freshest sea beam just after the event on site. 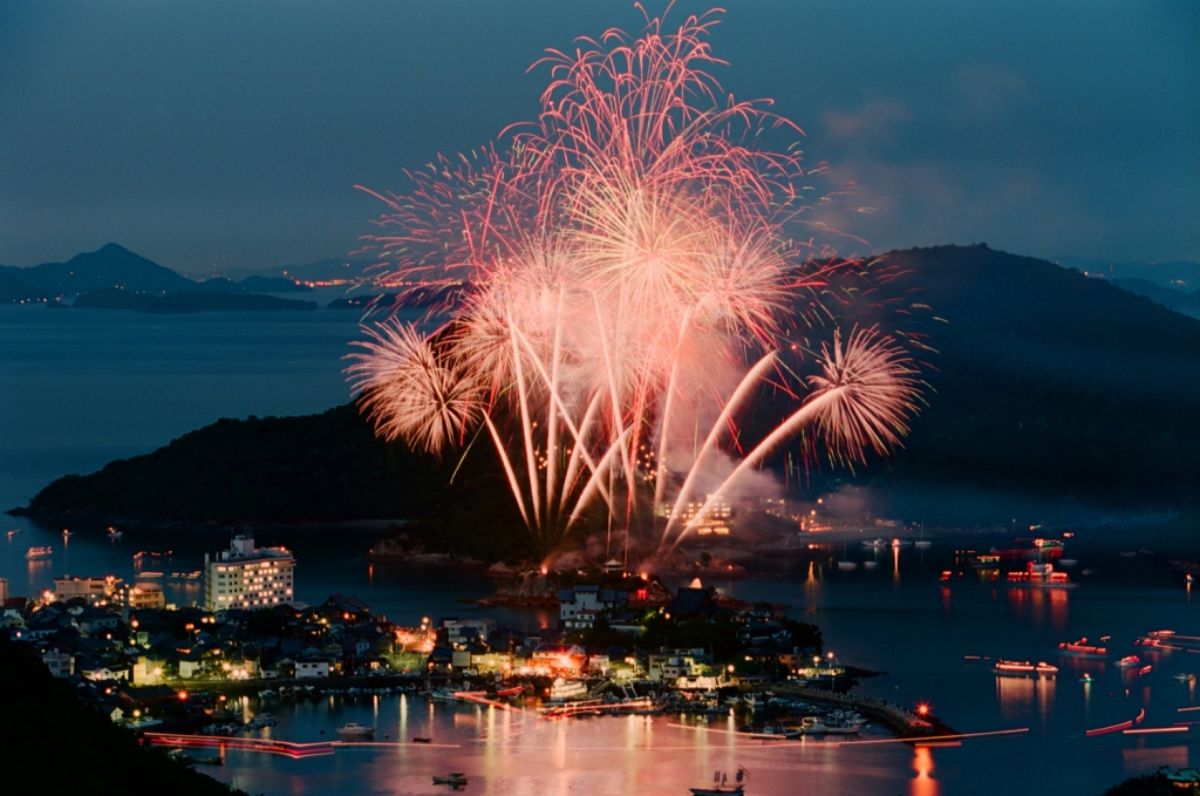 This fireworks festival, the first in the Setouchi area, has been entertaining people since the Edo Period. The large-flower shaped fireworks that are launched from Bentenjima light up both the sky and sea with bold colors. Before the festival, local volunteers and children will present the traditional performing arts “Aiya-bushi”. 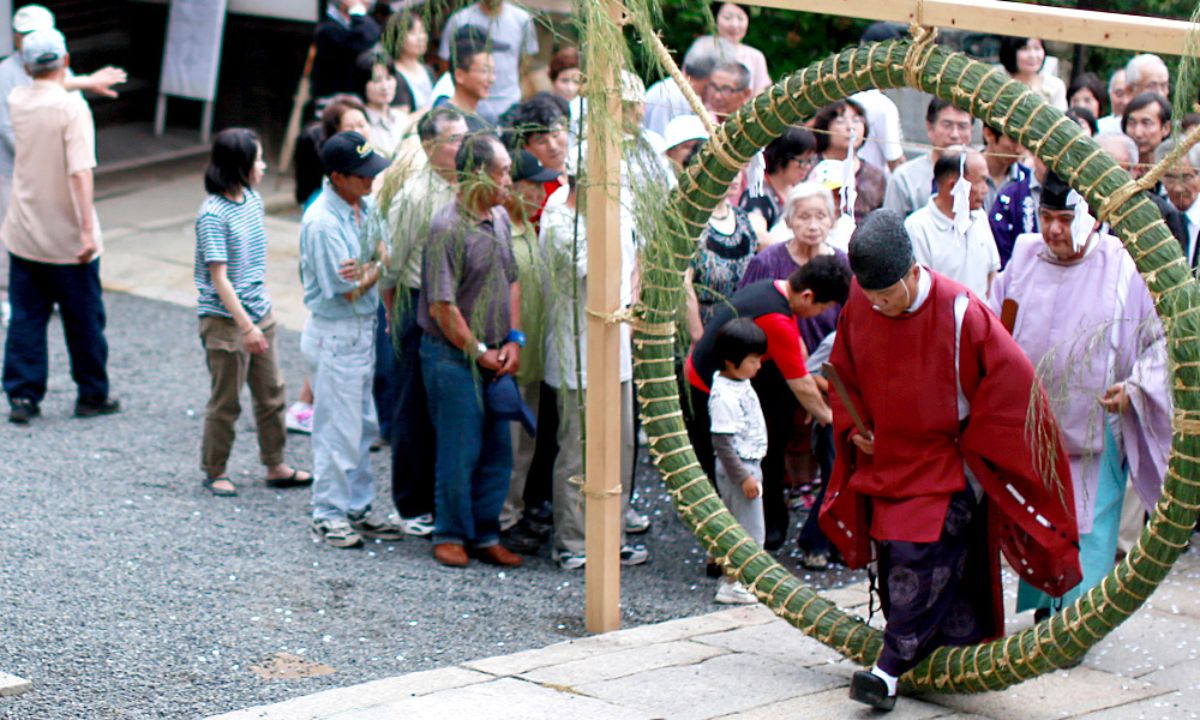 “Nagoshi no Harae” is a ritual held at various shrines including Numakuma Shrine in Tomonoura. People pass through a large woven ring in the shrine to symbolically cleanse themselves. Replicas of the purification rings made of reeds can be seen hung on the doors of various households around the town. 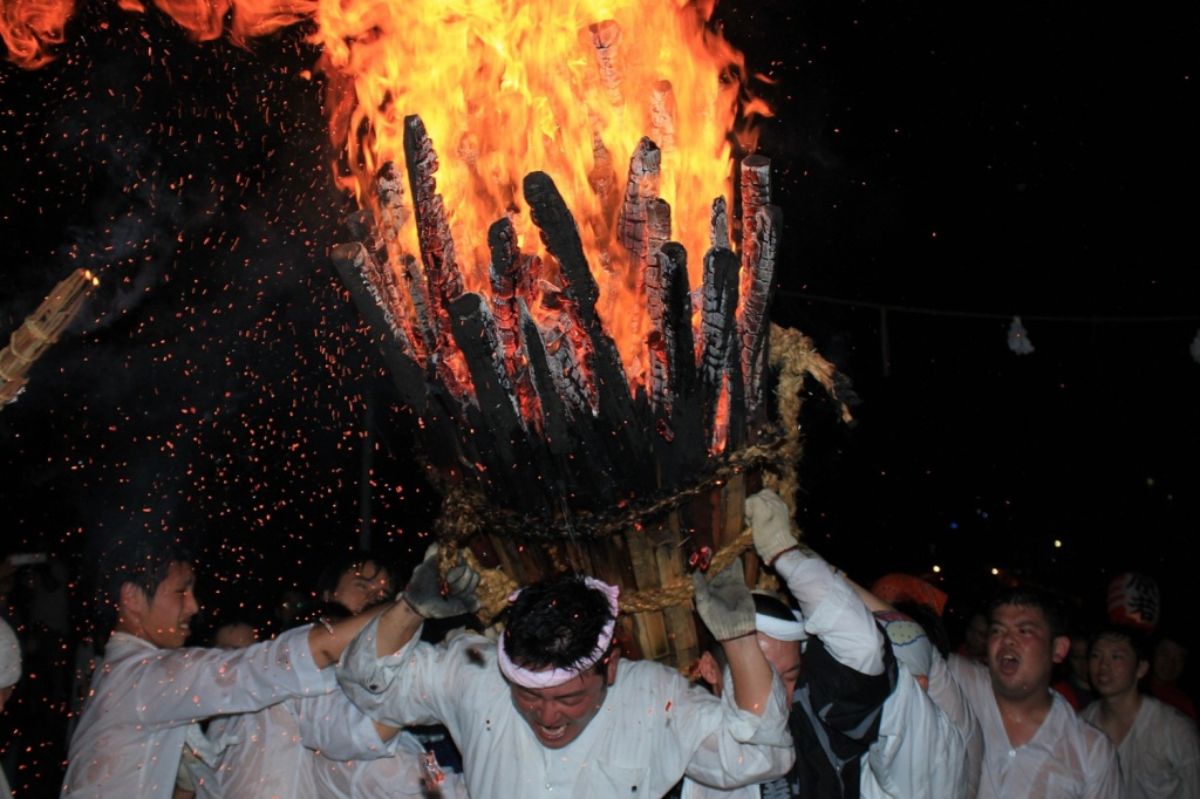 The Otebi Shrine Ritual is an exciting summer purification ritual involving large burning torches called Otebi. Each otebi, which are 4.5 meters long and weigh over 200 kg weigh are carried by groups of men called Ujiko who have water poured over their heads and climb up the giant stone steps of the shrine. This ritual involving brave men and plenty of danger is fun to watch. 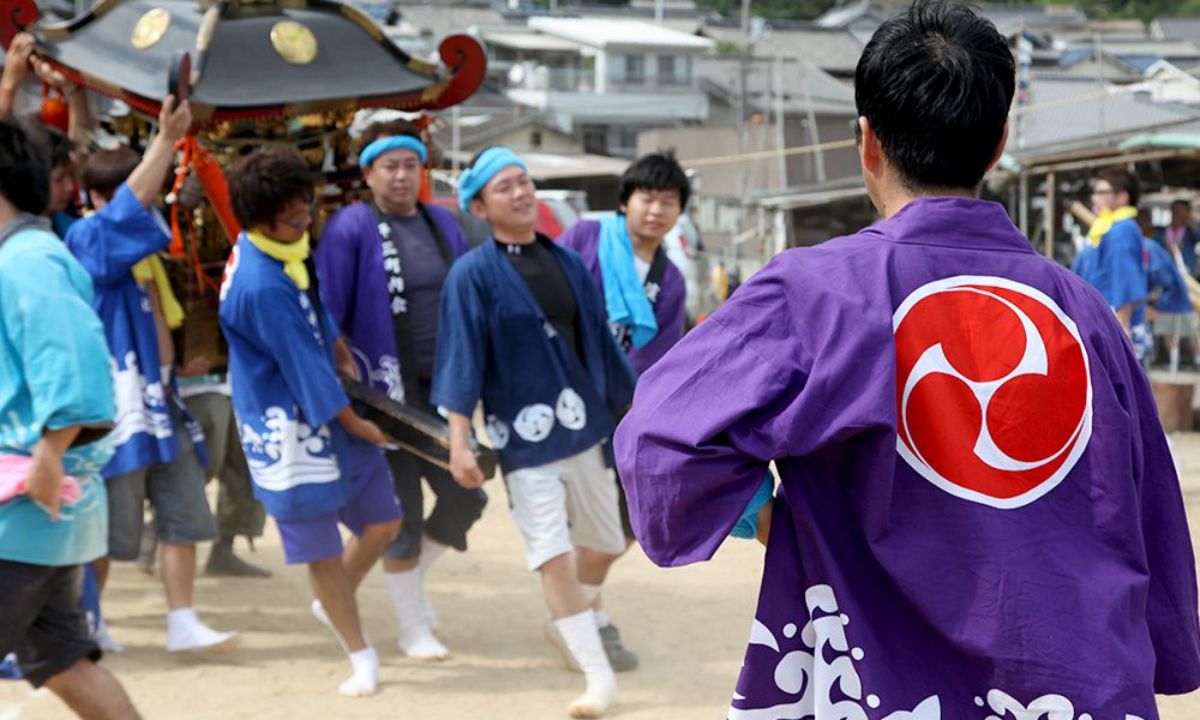 This is an annual festival at Yodohime Shrine in the Taira District. It also is nicknamed the “Dango Festival” as the locals in Taira-cho have a tradition of making Dango (a snack made from pounded rice) to give their friends and relatives before the festival. Mikoshi floats are carried by men in happi (Japanese traditional robe in the festival) to the rhythm of taiko drums and flutes, creating a festive midsummer atmosphere in Tomonoura. Since the festival overlaps with Tanabata Festival (July 7th), colorful and festive Tanabata ornaments are also displayed in the town. 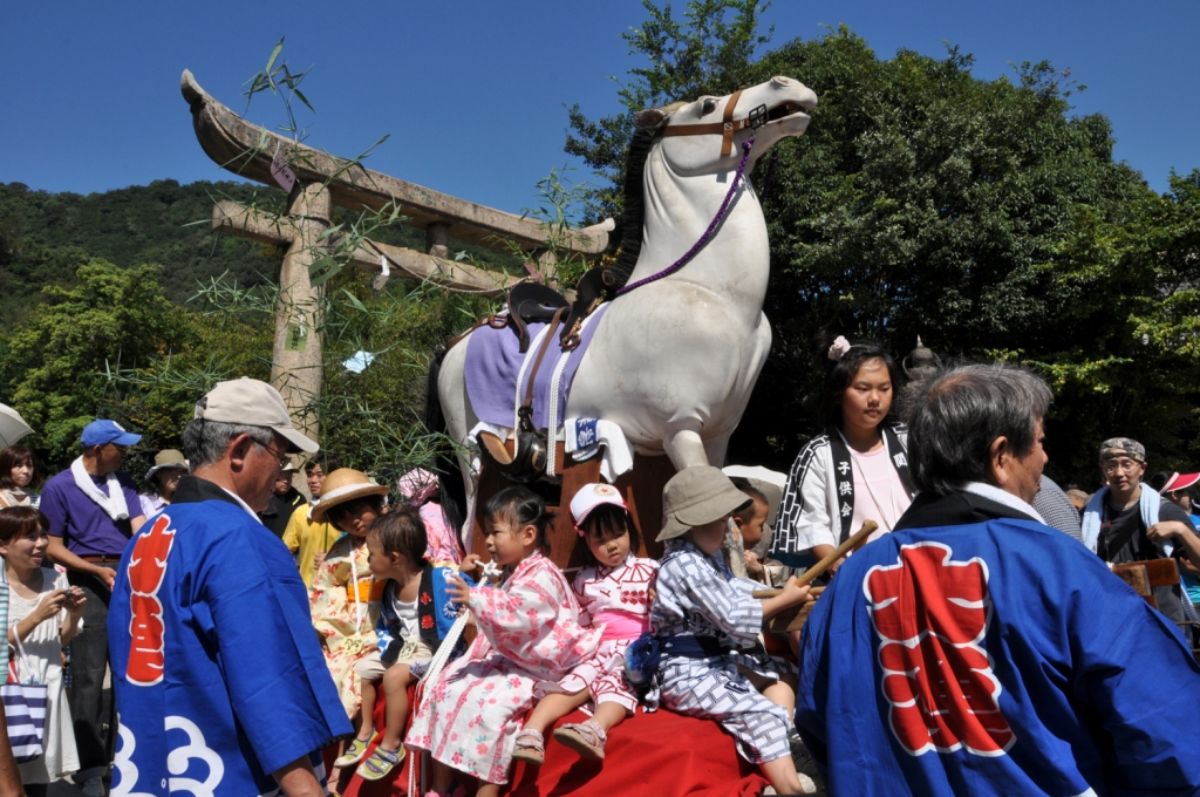 This festival celebrates the birth of a child with models of white horses that are put on wheels and displayed around the town. This type of tradition is a very rare event in Japan. A parade of “Hassaku no Uma (Hassaku’s horse)” of various sizes from the Edo Period to the present day are slowly paraded through the scenic town, symbolizing wishes for healthy children. 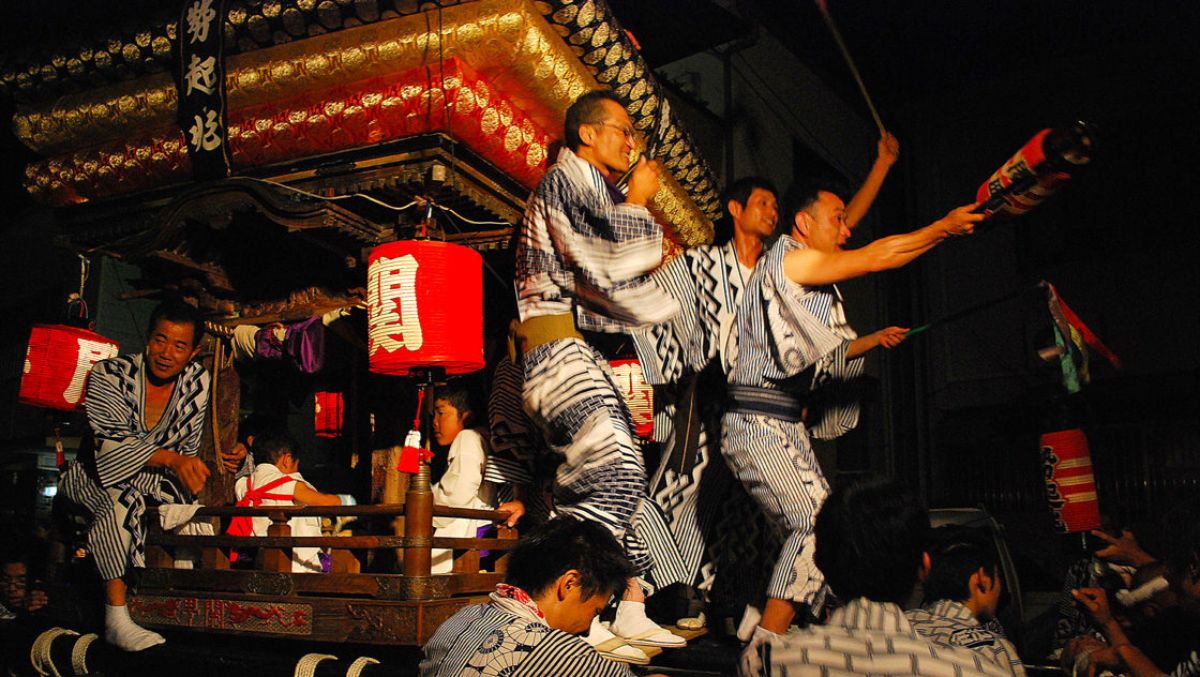 The autumn festival is an annual festival of Watasu Shrine, which is an auxiliary shrine of the larger Numakuma Shrine. The former 7 neighborhoods of Tomonoura take turns hosting the festival on a rotating schedule. The festival is made up of several exciting events which locals and visitors can participate in. On the final day, a float called Chosai is paraded around with lively chants and music, making for a joyful conclusion to this popular festival. 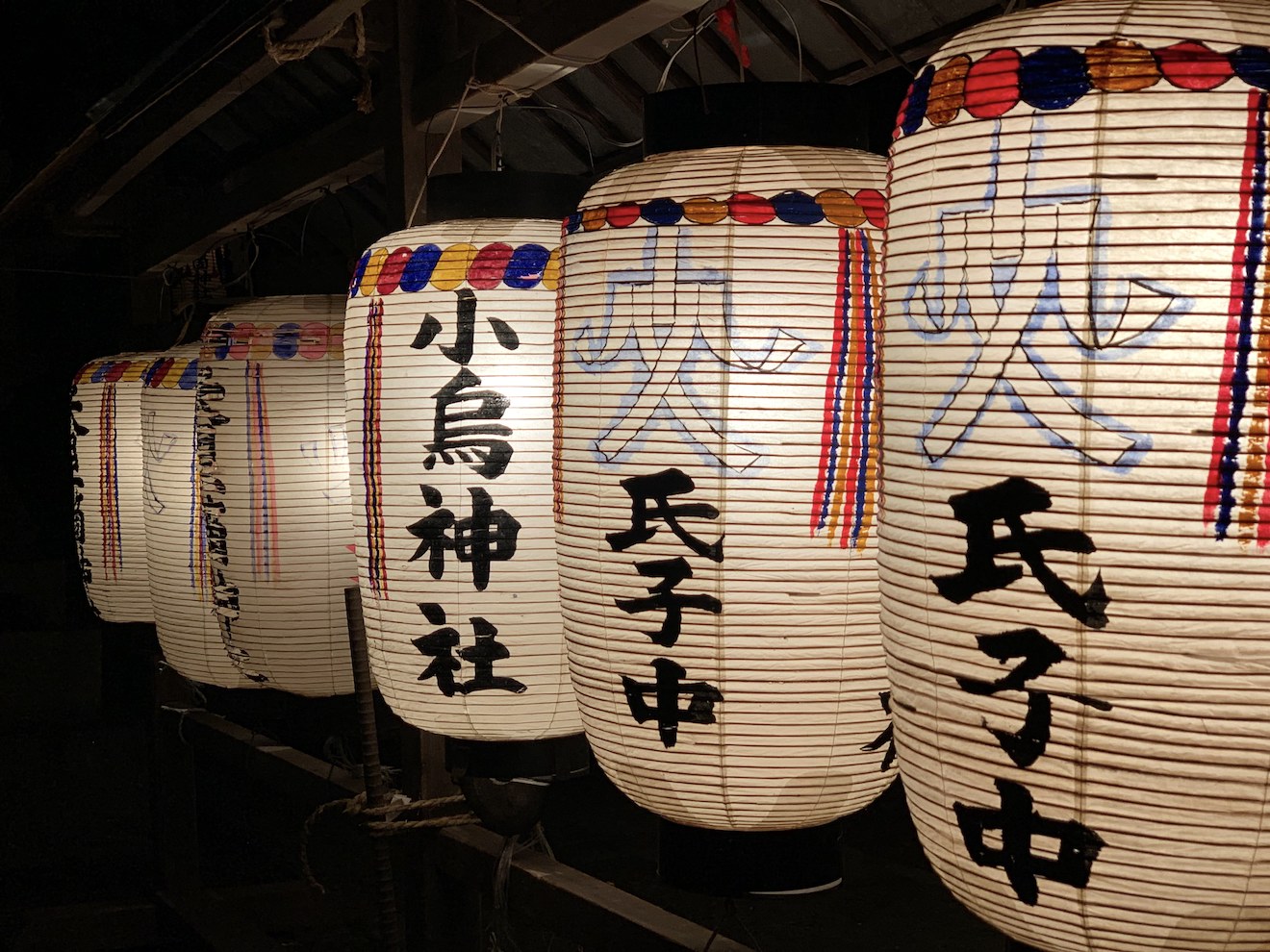 An annual festival of Kokarasu Shrine which is located at the center of the Kaji district, one of the former seven Tomonoura neighborhoods. Fuigo is a tool used in blacksmithing, and the festival is a ritual honoring the iron and steel industry in Tomonoura where the smithing of the shipboards developed. Night shops are set up on the night before the festival, for the enjoyment of all who attend.