Though you might visit Tomonoura to experience its rich history, the beautiful shrines and temples scattered throughout the town and the superb views of the Seto Inland Sea, what you will find is the serenity found in a local way of life that has changed little over time.

Houmei-shu is still made at a local brewery, the same as it was over 360 years ago. Most evenings, local enjoy a gathering near Joya-to lighthouse as they always have. Fishermen depart to the sea every day, bringing back fish which can be seen drying in the warm breeze.
This unchanging way of life is part of Tomonoura’s charm, where the authenticity and simplicity of people’s lives shines through in warm smiles and greetings. 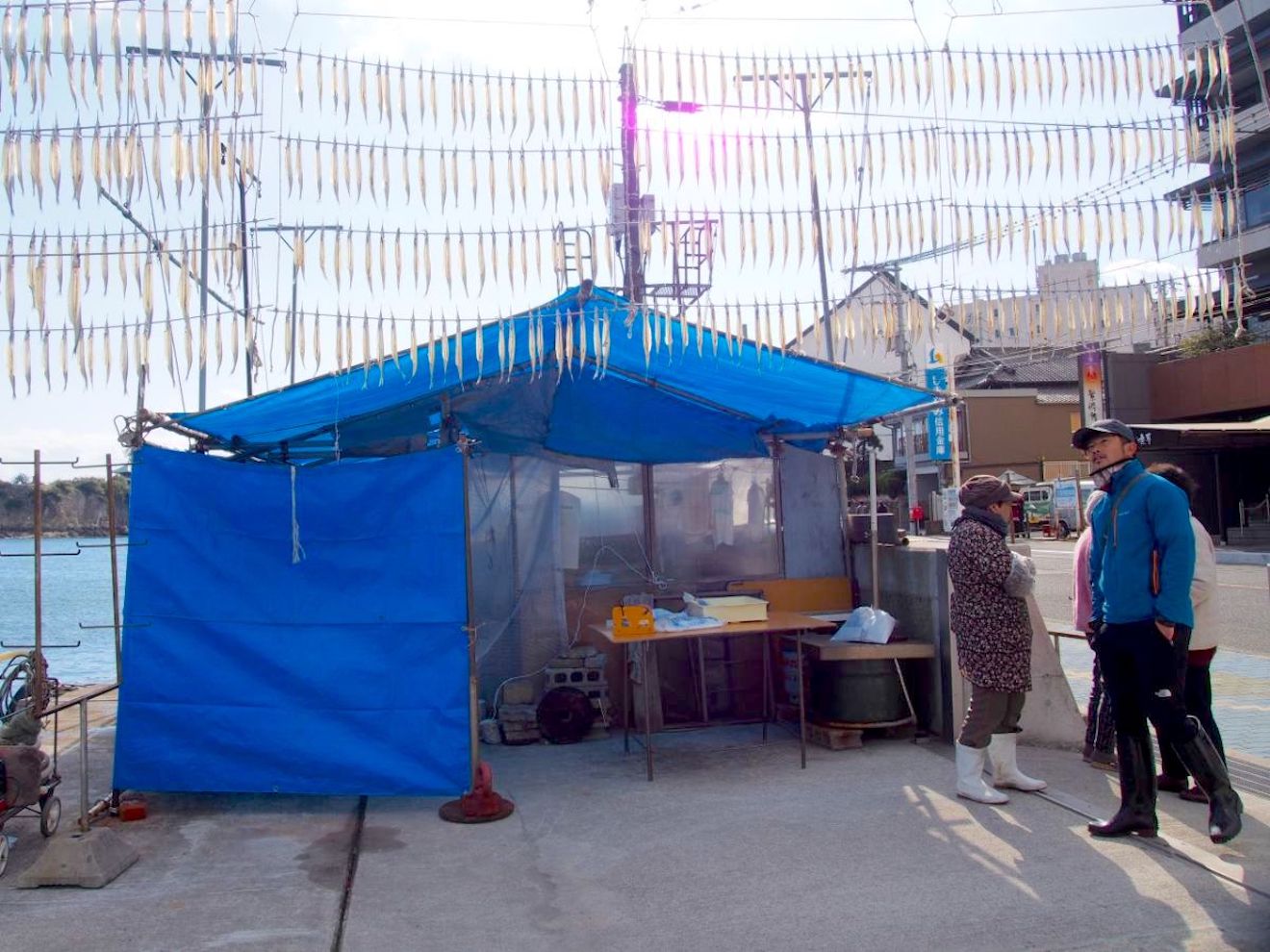 There are many vendors selling fish at the edge of Tomonoura port near the seawall. They are not actual shops, but small stalls manned by the fishermen selling their morning catch. Shop for your fish like the locals do, straight from the boats of the fishermen, fresher and cheaper than anything you could get from the supermarket. Please note that if the weather is bad or the fishermen have the day off, this area might not have any vendors. 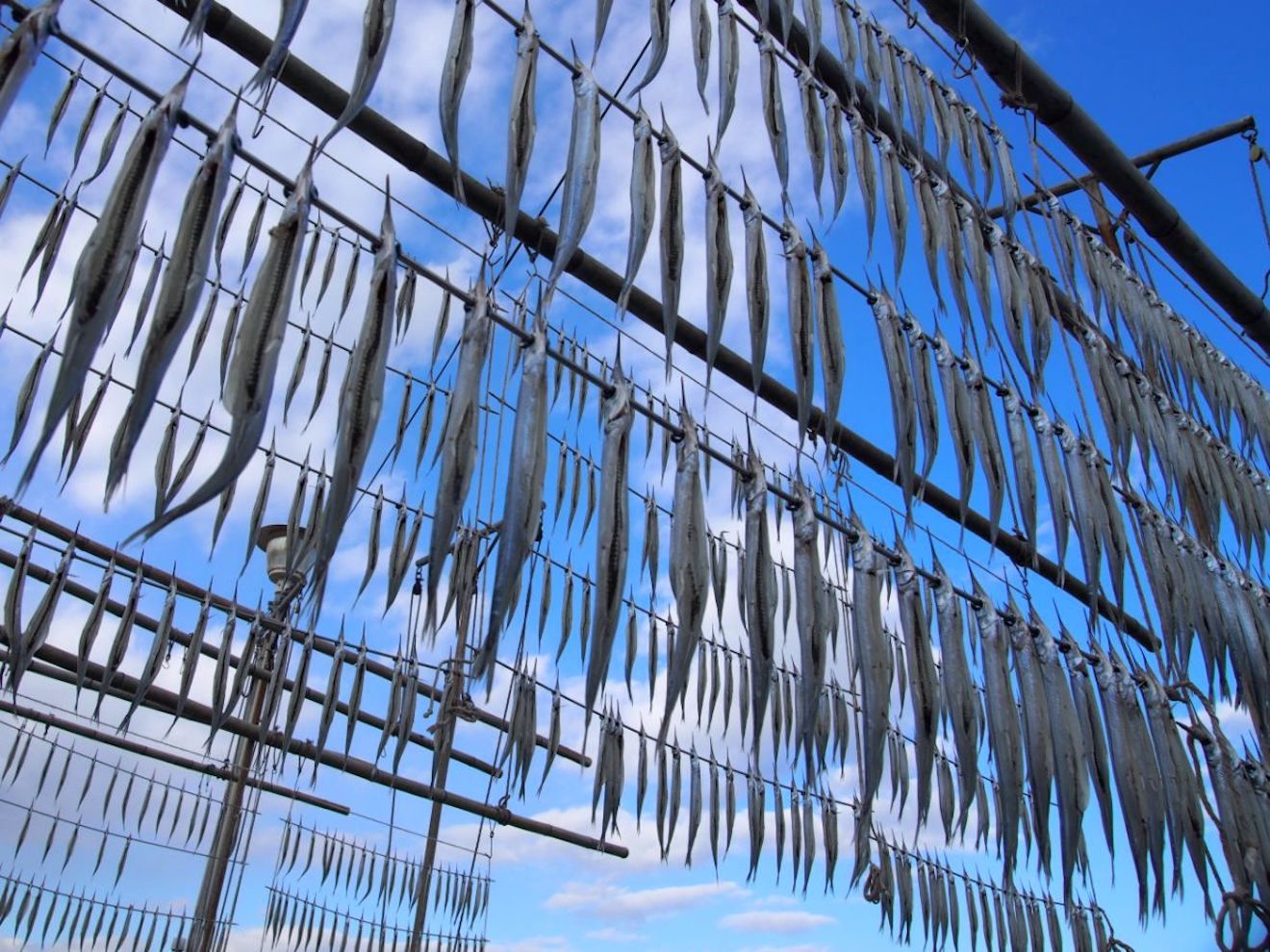 Sun dried fish lined up on the beach. Particularly during the winter season, you will find many types of seasonal Japanese fish drying on a line like a curtain. Swaying in the sea breeze, this unusual sight is a reminder of Tomonoura’s important connection to the sea as a port  town. 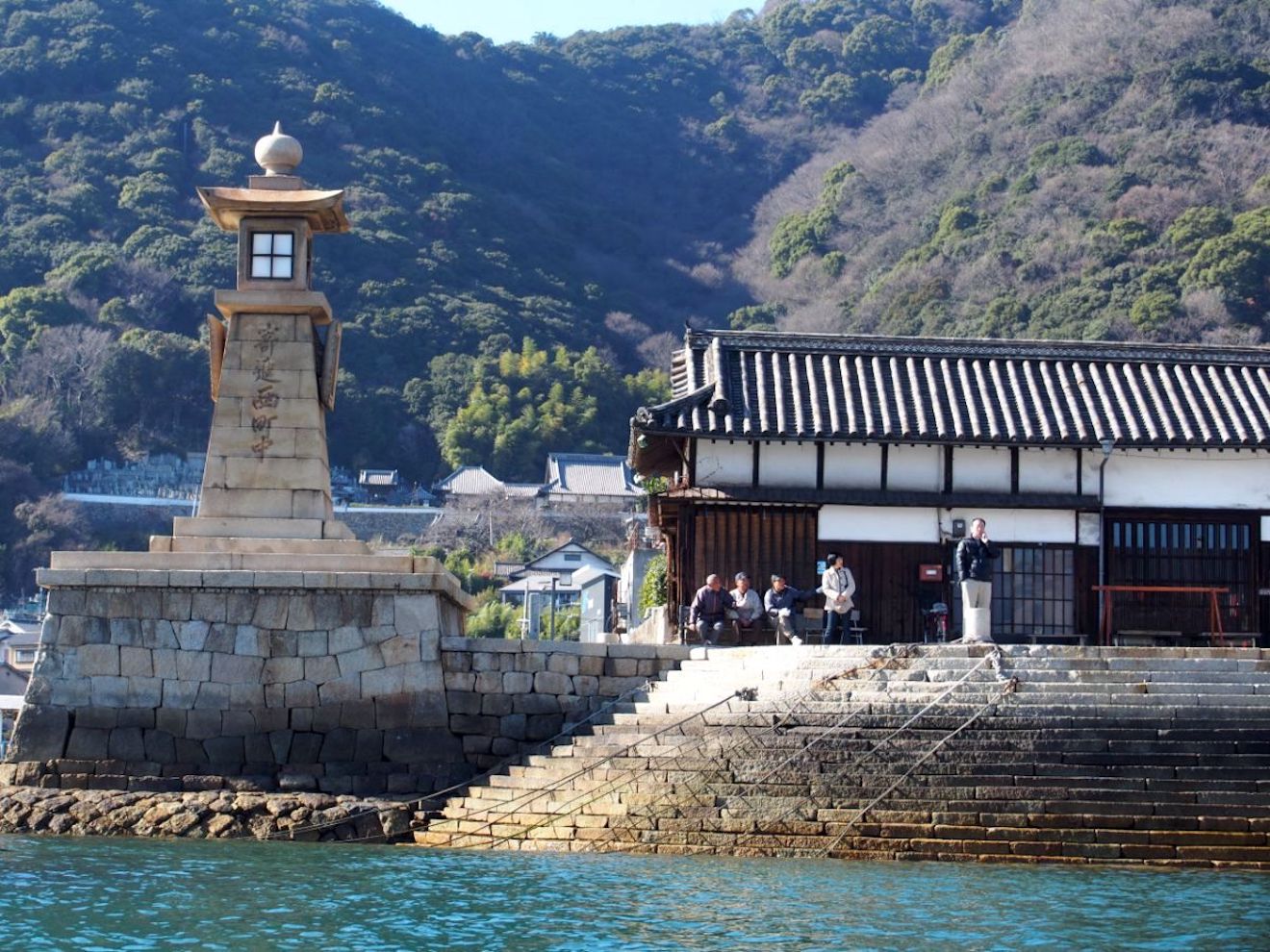 Walking the narrow streets of Tomonoura, it is common to see people greeting each other with smiles and a friendly “Hello” as they pass one another. Sometimes locals will ask you “Where do you come from?” or wish you safe travels as you meet them. You can take part in a local gathering held near the seawall overlooking Bentenjima Island and the Joya-to lighthouse. You might meet some local people willing to share some of the area’s little-known history or scenic spots only locals know about.

In an area where regional dialects of Hiroshima and Bingo are prevalent, the dialect of Tomonoura remains distinct. You might often hear such phrases as “Do it right away!” or “Do not do” which might sound negative but is meant as an encouragement, the exact opposite of the phrase. You might also encounter some strange words like “Chingu”, which comes from Korean, meaning “close friend”. The remnants of Tomonoura’s past exchanges with Korea remain in their language.