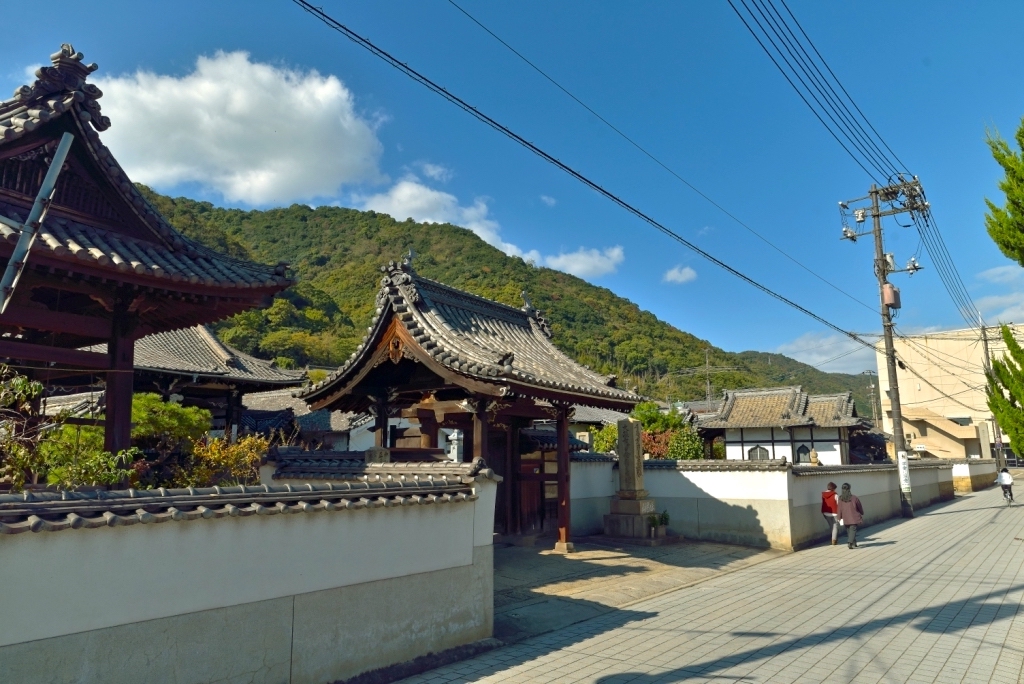 Looking at a map of the small town of Tomonoura, you may be surprised to see that you can find as many as nineteen temples as well as dozens of shrines in the area. Tomonoura is the perfect destination for temple and shrine enthusiasts, as it is rare to find so many in such a small area.

In particular, the northern part of Tomonoura contains many temples. Along the path to Nunakuma-jinja Shrine, you can find Bingo Ankoku-ji Temple, Shōbō-ji Temple, Jitoku-in Temple, Kenshō-ji Temple, and Myōren-ji Temple, each from various Buddhist sects. There is a reason behind this particular concentration of temples. Fukushima Masanori, who built Tomo Castle in the early Edo period (1603–1868), built a street of temples referred to as Teramachi-suji Street as part of his development of the castle town. The temples acted as a form of defense; to protect Tomo Castle from his enemies, he purposely arranged the temples to be situated on the northern side of the castle.